You Won't Believe, Why This Man Divorced His Wife Two Days After Their Marriage

Around the world, many believe that love is blind. It is a feeling which makes one skip their heartbeat and crave their lover’s attention. Overall finding true love is a dream come true. However, as beautiful the feeling might be, sometimes, the experience can be quite bizarre. The same was the case with Muh.

Online dating is a growing trend around the globe. A lot of people go on dates and meet people online, and sometimes the experiences are quite amusing. Muh* met his supposed wife on Facebook and they hit it off. According to him, she was caring and very different than what he had seen before. They kept on talking and working on their romantic relationship online for a month. That’s not all. 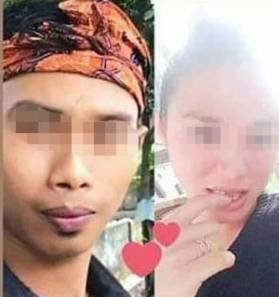 Since Muh was so much in love or maybe Mita is supposed to be wife was really beautiful, Muh was never able to point out anything different or suspecting about her. So in mere weeks poor Muh was head over heels for Mita and after thinking about it, he called her up and proposed to her:

Once he proposed, it seemed Mita was already awaiting the proposal and she immediately agreed to it. Excited by hearing a yes, Muh informed his parents and they went to Mita’s house to discuss arrangements and offer a customary dowry of 20 million rupiahs ($1,430).

The happy couple went to the Office of Religious Affairs on June 2, in an Indonesian district, and got married. Wow! Doesn’t this sound like a perfect digital fairy tale? However, during the entire ceremony, the bride had a veil so no one was able to suspect a thing about her. It was later that night, and the two nights ahead, that things started going downhill for brother Muh.

In order to set his doubts right, Muh began investigating and what he learned will astound you. Mita was actually a man. That’s right poor Muh was being scammed. On the night of their wedding, Muh tried to consummate the marriage but was declined, thinking it must be nerves, he ignored his suspicions, hoping for another day, however, this carried on for the other two nights also. He was just happy he had his soul mate with him. By the third night, Muh was apprehensive and started to investigate.

Once Muh started doing his investigation, he learned that Mita, the love of his life was actually a man in disguise.  It made sense. Feeling cheated, angered, and hurt, he immediately reported to the police and also went to confront Mita. However, Mita by some unknown way had seen it coming and ran away. This angered Muh more, he immediately divorced Mita and informed his family.

Later on, the police tracked down the 25-year-old missing bride, whose actual name was Adi. The criminal is still under arrest and it is still unclear what his punishment will be. One thing is for sure, Adi must be punished so that such scams can be avoided in the future. More so, we dearly offer our condolences to Muh and hope that may he find his actual true love soon.

*Name was concealed to protect the man’s identity.