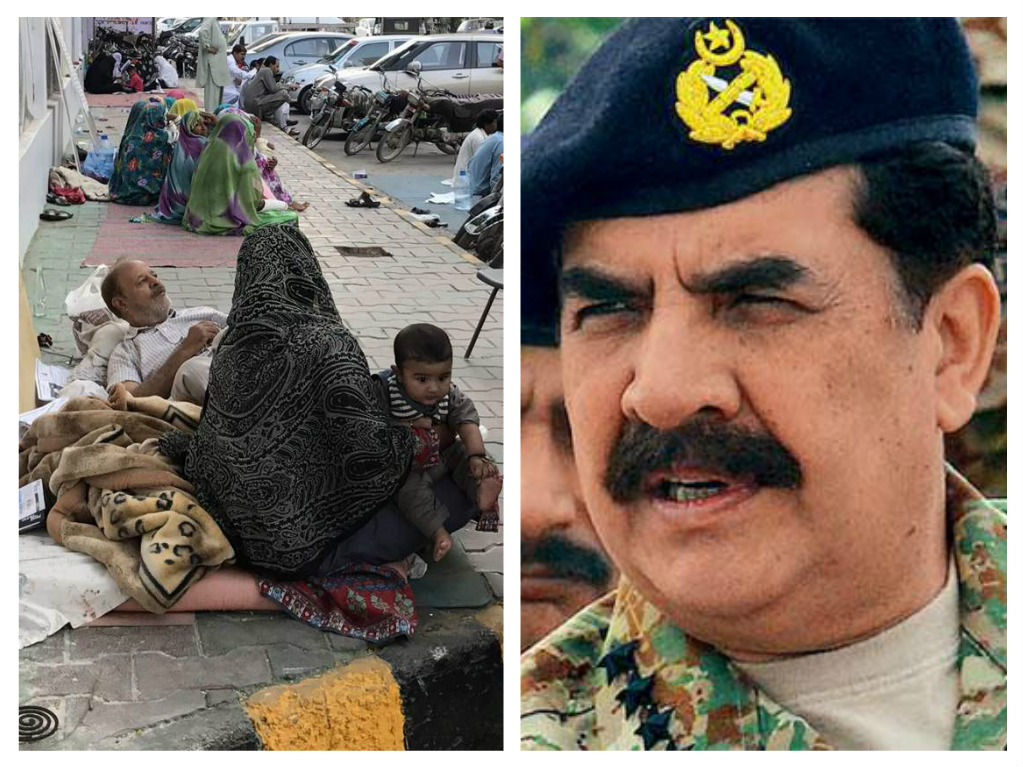 It isn’t a secret that General (R) Raheel Sharif has become one of the most famous, well-liked and important personalities of Pakistan. It would be safe to say that a majority would support him even if he tried to usurp the prime ministership of the country.

People of Pakistan saw him as ‘the savior’. They associated all the good things with him and expected him to rid the country of all the lying, cheating, and corrupt politicians as well as defend us from foreign sources of threat.

In, what seemed like a surprise move, his non-extension and subsequent retirement from the stature of Chief-of-Army-Staff brought back all the hopes of the Pakistanis who had given up on the system.

People who had associated a lot of hope for betterment with Raheel Sharif took his retirement the toughest!

A labor worker and an activist by the name of Lutf-e-Amim Shibli went on a hunger-strike to bring the downsides of ex COAS’ retirement to attention. However, when nothing worked and the exchange of powers was done, he gave up his life.

My dad think that Gen. Raheel Sharif was last man standing in exactly the same place where he can bring back our Joy and Prosperity by continuing his duties as COAS post for next 3 years.

But unfortunately there was no extension to his duties and my Daddy told in his last letter that it will be his last day of his life when Gen. Raheel Sharif step down.

The hope that there are institutions working genuinely for the betterment of the country and that democracy, after a few cycles, will improve for the people!

This Pakistani Online Movie Gives You The Ability To Choose Every Plot Twist!
15 Things People Do In Public That Are Downright Annoying
To Top