Man Gets 8-year Jail For Posting Inappropriate Pictures Of His Ex-Fiance!|Parhlo.com

A man will have to spend 8 years in jail for posting private photos of his ex-finance on social media. Moreover, he will also be dealing with an Rs500, 000 fine, according to Pakistan’s Prevention of Electronic Crimes Act, 2016. The sentence was announced under the Sections of 20 and 21 of the Pakistan Penal Court.

Cyber-crime is becoming a major issue in Pakistan considering that it is barely taken seriously. The distressing part of it all is that the justice system has a hard time taking care of the real-life harassment cases. There is an endless list of people waiting for the law to ensure a proper punishment for the person who caused them harm.

Furthermore, the cases for harassment aren’t limited to adults only. The drastic rise in child abuse cases has also shaken Pakistan as a nation. This is why Pakistan needs to polish its justice system and better its approach towards handling criminals. The days where one could easily bribe the authorities need to see an end at this point. Hence, seeing that issues related to cyber-crime are getting resolved is a step forward.

The Details About The Case:

The victim filed the case in the Federal Investigation Agency or FIA. 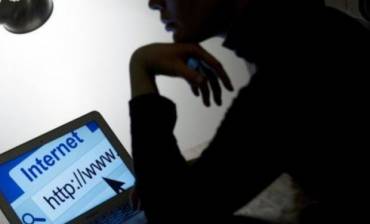 The woman said in the court that she was engaged to the suspect Sajjad but the engagement broke off because he had a criminal record. Afterward, Sajjad forcefully took her to his house and assaulted her. Then, he took nude or inappropriate pictures of the woman and used them to blackmail her.

He threatened her that he would display most of the pictures all over the internet. And even intimated her by talking about hurting or killing her. The court hearing was recorded which included explanations from the victim, forensic expert, witnesses, and investigation officer. Sajjad ended up uploading the pictures on Facebook which resulted in the revocation of her Nikah before her Rukhsati.

Gladly so, the victim was able to receive justice. It was extremely brave on her part to be able to deal with the situation accordingly considering that he scarred her gravely. The sad reality is that there are many other women who want the world to hear their concerns about harassment. But they are never given a voice. Often, their perpetrators are still roaming around freely. Therefore, one should wish that women get justice for the crimes that can cost them their dignity and even lives.

What do you think of the situation? Is the 8-year jail sentence enough for the man or did he deserve more? Is it a great move from Pakistan’s part to be taking cyber-crime so seriously? Share your thoughts using the links provided below.

Pakistanis Are Respecting Asif Ghafoor After His Reaction To India’s ‘Rafale Pooja’!
PM Imran Khan Assures The Nation That Kashmir Issue Is Going To Solve Soon!
To Top