The Pakistani film industry is on fire. This Eid ul Adha, Na Maloom Afraad and Operation 021 managed to break box office records. Many upcoming Pakistani movies with strong cast and stories have also created a wild buzz in Pakistan and have become the talk of the town. People are keenly anticipating the launch of Pakistani movies such as Kaptaan, Azaad, Naach, the first dance-based Pakistani movie and Tamanna, but the trailer of the movie “Malik” came as a surprise for everyone.

No one was aware of the fact that the movie “Malik” was in the making until the shot promo was released. It stunned the Pakistani movie fans and also the industry insiders. Nobody ever heard a single word about this movie. Seemingly, this one of the upcoming Pakistani movies came out of nowhere.

The 3-minutes trailer was more of a teaser. It starred Humayun Saeed, Urwa Hocane and Yousuf Bashir Quershi, the designer. The short promo got viral all over the internet as soon as it was shared on the official Facebook page of Bahria Town, one of the projects by Malik Riaz, the business tycoon of Pakistan.

The short trailer mainly focused on Humayun Saeed, who will be playing the Malik Riaz in the movie. The trailer seems promising and produces the right amount of buzz as Humayun Saeed as Malik Riaz is practically as near as one could ever get to the real Malik.

The teaser of this one of the upcoming Pakistani movies, Malik has filled the audience with the desire of knowing more about the movie. Everyone now awaits the proper trailer of the movie and official announcements related to the project.

One of the most surprising Pakistani movies, “Malik” involves two major actors and their characters, Humayun Saeed and Urwa Hoccane. This is one the unique Pakistani movies which is purely based on the life of the Pakistani business magnate, Malik Riaz Hussain. Malik Riaz Hussain has undoubtedly worked untiringly for Pakistan in many different areas. He never hesitated in spending his resources in the cause of charity. He has built many housing schemes houses for the poor and has been enthusiastically involved in social work, etc. 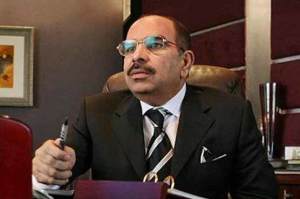 On the contrary, there is a flip side to his personality as well. His reputation was dented with the controversial media trial. However, no proper evidence was found against him and the opponents failed to prove his involvement in any illegal activity, yet the media has exposed a lot of negative elements to his personality. Even after facing all the allegations and defamations he did not give up and kept on working. He built a number of hospitals and camps for the flood-affected people and enthusiastically participated in other philanthropic actives. It is rare that we see any of the Pakistani movies made solely upon a figure that has a debatable reputation in society.

Let’s hope it is not one of the Pakistani movies who only shows a person as a hero and does not reveal his darker side of the personality. Malik Riaz is a billionaire. He owns popular housing projects such as Bahria Town, Lahore and more recently, he also started a Bahria Town project in Karachi which will be completed in a very short span of time. Â Without a doubt, all his projects match the international standards and never cease to amaze his clients. 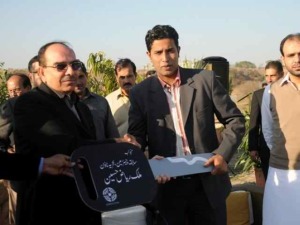 Malik Riaz also contracted the world’s seventh-largest mosque in Bahria Town. It is not just the largest mosque but it is also beautifully constructed and decorated. In the times of natural calamities like earthquakes, floods, etc, Malik Riaz never fails to come into the picture to help the victims. There are many people who like them because of his philanthropic activities, however there a number of people who dislike him and find his character to be shady. The question is which side of his character will the Pakistani movie “Malik” focus on?

It is a good sign that our Pakistani movies are focusing on personalities, this will help the nation gain better insights and rationale behind the decisions and actions those personalities took. Judging by the 3-minutes trailer, Malik seems to be a very promising movie. Humayun Saeed is one of the finest actors of Pakistan who has worked in a lot of Lollywood as well as a couple of Bollywood movies as well. He started his career with Pakistani dramas and every Pakistani knows him now. He is now a director and he has also started his own production company. One of his Pakistani movies, Main Hoon Shahid Afridi which was released in the recent past was very well received by the public.

Shaan was the only Pakistani actor who worked consistently and really hard for the betterment of Pakistani movies and the industry. Â Actors like Shaan, Humayun Saeed, Javed Sheikh, Fahad Mustafa, Ayesha Khan, Amna Sheikh, etc., are a major threat to the rival international film industries. The nations can now take pride in the Pakistani movies which have moved beyond the typical ‘Naach Gaana’ and ‘Wahiyaati’ and have finally started basing their storylines on strong substance. 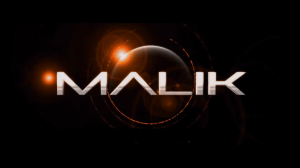 Is “Malik” one of the Pakistani movies which are made to mend the dented reputation of a Public figure of will it is an actual portrayal of Malik Riazâ€¦ Only time will reveal that. On the plus side, our Pakistani movies have finally started grabbing the attention of people and have started forcing them to get out of their house, buy a ticket and watch these Pakistani movies with their friends and family. If such a trend keeps going, Pakistani movies will soon start giving tough competition to Bollywood and Hollywood movies. Fingers crossed!