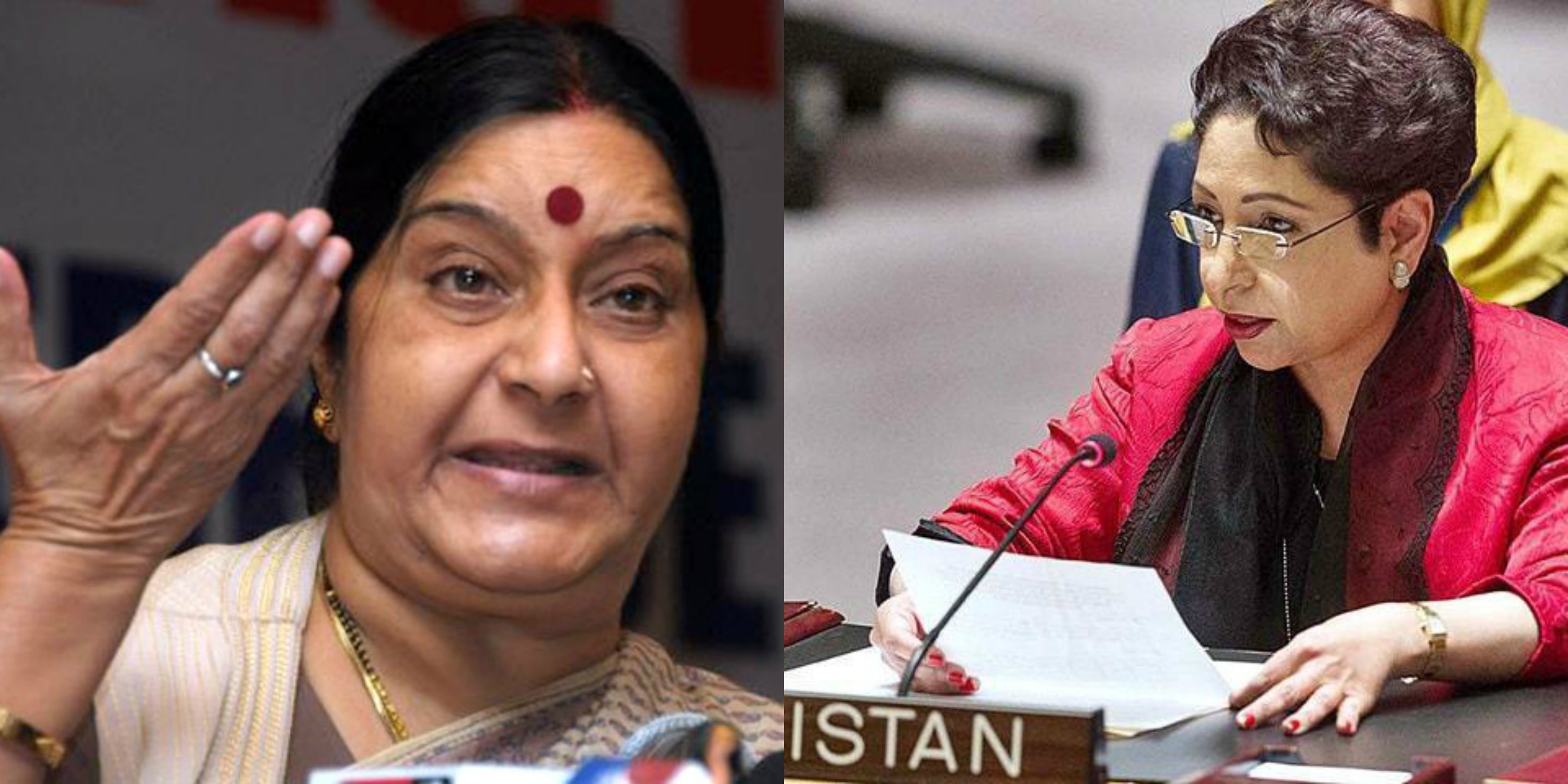 While all 193 members of the United Nations take stage at the United Nations General Assembly (UNGA), it seems the highlight of the whole conference is the dual debate between India and Pakistan. After India’s foreign minister Sushma Swaraj made baseless allegations against Pakistan, Pakistan’s permanent member to the UN, Dr. Maleeha Lodhi, blasted India and her foreign minister with a prolific reply speech.

Sushma Swaraj had earlier at UNGA made baseless allegations of Pakistan sponsoring terrorism in India, sponsoring in-house terrorism in Balochistan and being the reason behind the recent Kashmir intifada. In reply, Maleeha Lodhi totally took to an offensive and literally destroyed India’s shallow agenda at UNGA.

Dr. Maleeha Lodhi in her reply speech called India’s allegation as a ‘pack of lies’ 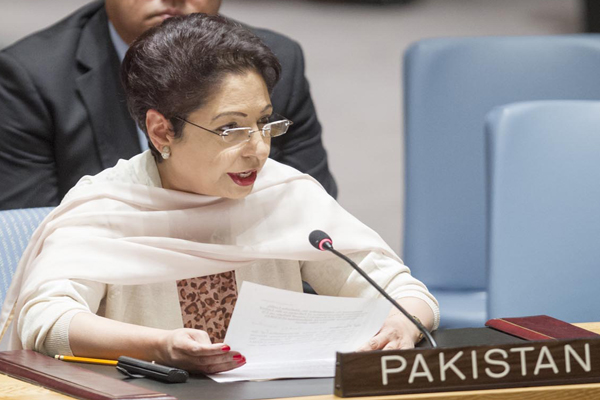 “It is India that has long been a sponsor and practitioner of state terrorism,” said Dr. Lodhi at the UN General Assembly while replying the Indian delegation’s statement.

She also termed as false Swaraj’s claim about Kashmir, stating that Kashmir is an internationally recognized disputed territory. “Jammu and Kashmir never was and can never be an integral part of India.”

Dr. Maleeha Lodhi also raised the Balochistan issue which the Indian minister had brought up in her speech, stating it as a “violation” of the UN charter.

Dr. Lodhi called India’s call to isolate Pakistan as “delusional”, saying, “It is India itself, which because of its war crimes in Kashmir and elsewhere, and because of its warmongering, is likely to be isolated in the international community.”

“Over the course of the last half century, India has sponsored and perpetrated terrorism and aggression against all its neighbours; creating terrorist groups; destabilizing and blockading neighbors to do its strategic bidding and sponsoring subversion, sabotage and terrorism in various parts of Pakistan,” added Ambassador Maleeha Lodhi.

In fact, Ambassador Lodhi said Ms. Swaraj’s statement, which contained a series of allegations against Pakistan, was a “litany of falsehoods about Pakistan and a travesty of facts and history.”

“We reject all the baseless allegations made in that statement.”

“These allegations are designed principally to deflect global attention from the brutalities being perpetrated by India’s over half a million occupation force against innocent and unarmed Kashmiri children, women and men in the Indian occupied Jammu and Kashmir.”

“Kashmiri people call for freedom has been met with characteristic Indian brutality,” Ambassador Lodhi said while referring to over a hundred innocent Kashmiris killed, hundreds blinded and thousands injured by Indian bullets and pellets, including infants, children, women and men.

“This is the worst form of state terrorism, a war crime, that India has continued to perpetrate in the situation of foreign occupation in Jammu and Kashmir for the past many decades,” she told the United Nations General Assembly.

Pakistan, she said, demanded a full and impartial investigation of these Indian atrocities and massive human rights violations in Kashmir. “We ask that India accept the investigation proposed by the UN High Commissioner for Human Rights and allow them access for the purpose.”

Dual Purpose Hospital – Patients In The Front, Baraati At The Back!
Who’ll Be Leading Pakistan Army After Raheel Sharif Retires? Here Are The 4 Possible Names
To Top