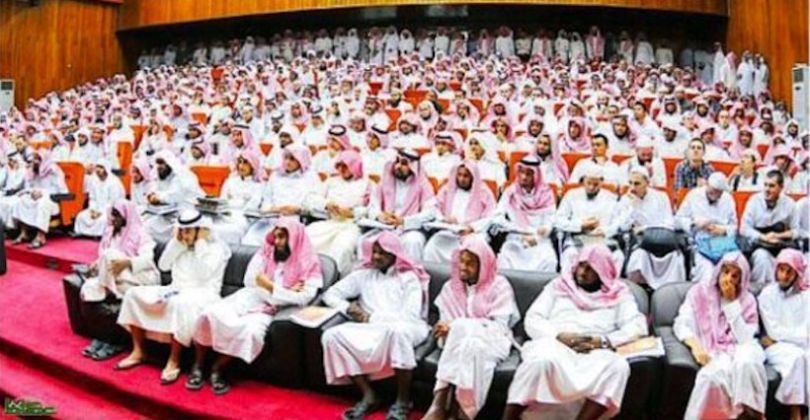 One of the biggest women’s rights conferences in the Arab world was held in 2012 at the laughably prestigious University of Qassim.  Ironically, the university managed to hold the event without the consult or attendance of a single woman.

The conference was themed around the topic ‘Women in Society’. It was originally intended to be held on yearly basis at the institution. The conference was supposed to set a benchmark of progress in the region and tolerance. Speakers and delegates from over fifteen countries showed up at the event.

As expected from a country running under strict Sharia Laws, zero women attended the event. The picture shared below was published last year by an Arab newspaper, Okaz, and it resurfaced few weeks back in the French-speaking press. Reportedly, only two women were cited in attendance.

Out of 136 countries, Saudi Arabia is presently ranked 127th for gender parity.

Also Read: Women in USA Drive Because They Don’t Care If They Are Raped: Saudi Historian