The youngest Nobel prize laureate in the world, Malala Yousufzai returned to Pakistan after five years. She was attacked by the Taliban in her hometown Swat after she continued to attend school and wrote blogs supporting women’s education in her area stricken with terrorism.

Malala sustained multiple life-threatening injuries following her attack and she was shifted to the UK for better treatment. Thereafter, Malala Yousufzai, along with her family, settled in Birmingham. Malala gets to attend Oxford University in London and has now made a trip to Pakistan which will last four days.

Upon her arrival, there was strict security protocol and her itinerary details have also been kept a discreet knowledge. It was also reported that Malala would meet Prime Minister Shahid Khaqan Abbasi and address the audience. About that, Malala expressed her sentiments after returning to the country and it got so emotional that the 20-year-old broke into tears. 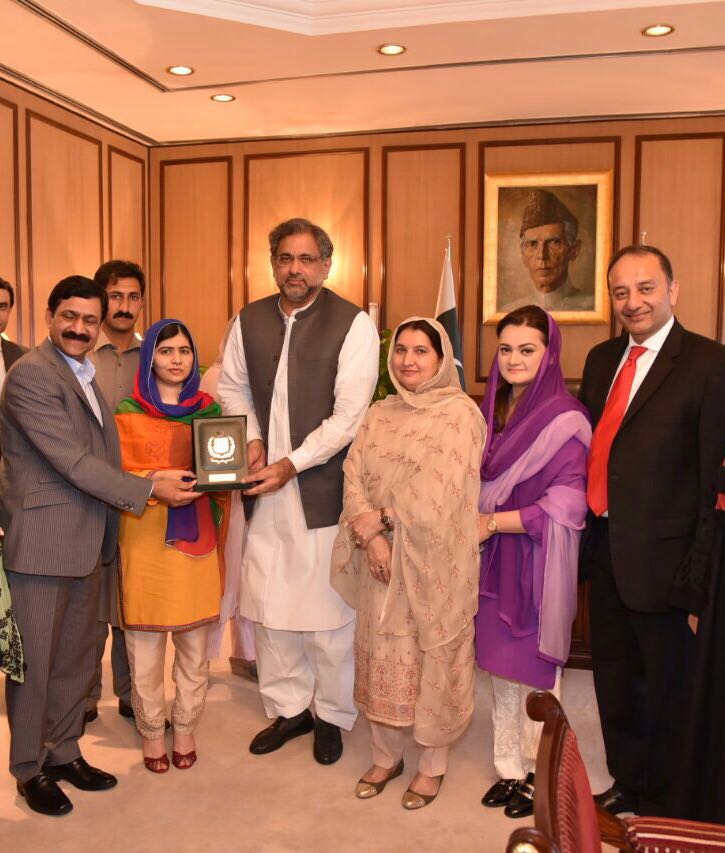 Watch, as emotional Malala Yousufzai delivers a powerful speech after her arrival:

Nobel Peace Prize winner Malala Yousafzai returned to Pakistan for the first time since she was nearly killed by Taliban militants. pic.twitter.com/wdNHpxCv0b

It sent Pakistanis on an emotional roller coaster…

Oh Brave Brave @Malala You made us cry. ?
You are Pride of Pakistan ??and your cause is bigger. Your country, your people are with you.
Stay Blessed #MalalaYousafzai @MalalaFund @ZiauddinY pic.twitter.com/iu3y1H1ruH

What a speech….Thank you #MalalaYousafzai One day Pakistan will see fulfillment of your dream. Inshallah

Malala Yousafzai speaks at an event at the Pakistan Prime Minister's Office — and breaks down in tears after she says it was her dream to one day return to her native land pic.twitter.com/PsgcQ4PwRP

“I am convinced socialism is the only answer and I urge all comrades to take this struggle to a victorious conclusion. Only this will free us from the chains of bigotry and exploitation.” – Malala Yousafzai

Welcome back to Pakistan, comrade. pic.twitter.com/jZ8iJdQpgl

As we welcome her, we urge people to stop bashing and abusing her. Whatever may be the dispute and whatever differences they may have, at least it’s not morally right to bash someone like that. It does not define our values, it does not define us as Pakistanis.