As it is a universal fact that a person living in a particular country remains loyal to it till the day he dies, still there are some ungrateful people on the face of the earth who betray their own country and migrates to the enemy state to seek shelter. Well, at this point in time there’s only one such human in this world and yes it’s none other than ‘Adnan Sami’ or it would be better to call him ‘Major Adnan Sami’. But no matter what nationality he holds, the so-called singer left Pakistan years ago but his heroic patriotism for the country still makes a beat every now and then.

Leaping over to the fact that Major Adnan Sami has served Pakistan with loyalty and has provided “Indian intel” on several occasions, the nation stays worried about their major as he’s working for Pakistan from India. Apparently, Major Adnan Sami is seen throwing dirt at Pakistan but that’s just a hoax to masquerade his actual identity while he works tirelessly for his country, Pakistan. As being a spy on a different land isn’t easy, Major Sami recently got in trouble for holding a Pakistani nationality leading to a 2 million Indian rupees fine. *No worries, Major!*

From the archives: Major Adnan Sami working for the Pakistan Army in his teenage days! 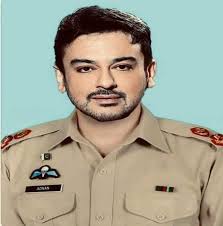 Well, as Major Adnan Sami is serving Pakistan for so long, to honor him shouldn’t be a hassle for the country. The nation is all in with its major through thick and thin because of his selfless devotion towards Pakistan and helping it in every possible way. Be it India’s false surgical strikes or capture of it’s failed Wing Commander Abhinandan Varthaman, Major Adnan Sami every time had his hands in providing India’s confidential intel to Pakistan. Recently, such faithfulness has the major to Pakistan Index’s list of most dangerous spies in the world and Pakistanis are proud.

Major Adnan Sami ranked third in the list of most dangerous world spies!

Most Daring and Dangerous Spies in the World

In the latest list of Pakistan Index’s most dangerous spies of the world, national hero Major Adnan Sami is on the third number after the United Kingdom (UK) and the United States of America (USA). As soon as the list was up on the internet, Pakistanis went totally crazy and started congratulating their loyal soldier. The responses were all hearty and the nation is extremely proud of how lucky they are to have a patriotic soul like Major Adnan Sami among them.

@AdnanSamiLive Good job Major! We are proud of you.

Every Pakistani is proud of him right now!

Proud of you our best spy in #Endia Adnan Sami @AdnanSamiLive

Check out: Adnan Sami Trolled by the Internet for Showing his Sheer Patriotism for India and It is Just Hilarious

A Proud moment for Pakistan!

What do you think of the satire? Let us know in the comments below!

This Adorable Little Boy Has Become A Social Media Star For Playing The Tabla Like A Pro!
VIP Culture: This Politician’s Security Guards Viciously Beat An 18-Years-Old Boy In DHA Karachi!
To Top