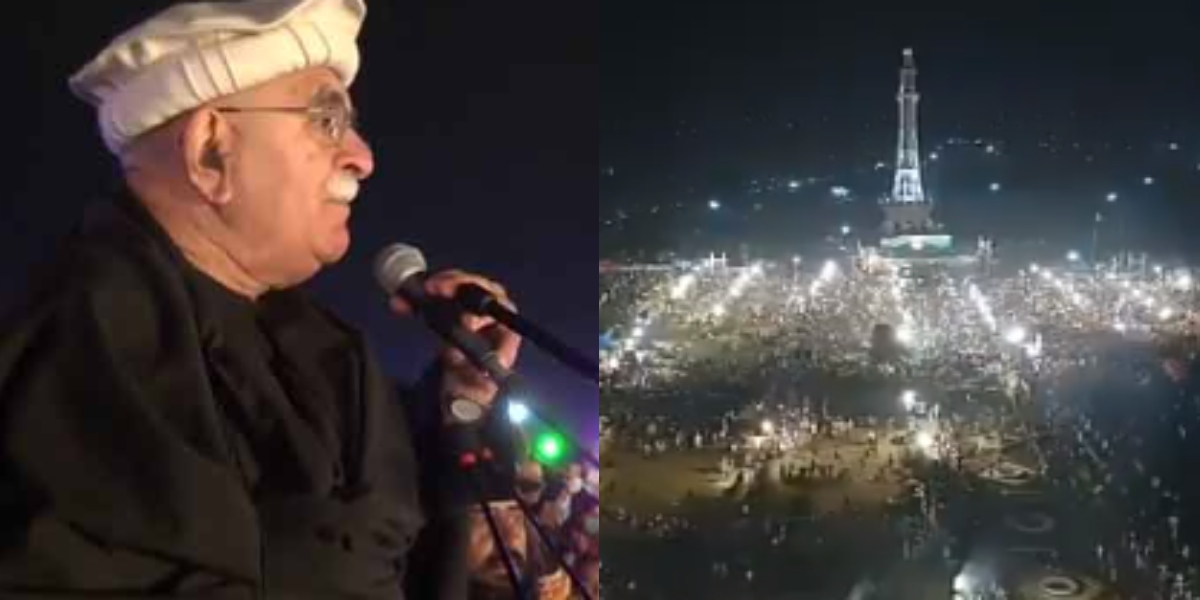 Achakzai also said that the people of Lahore tried to occupy the Afghan territory together with the British.

“I am sad that the people of Lahore sided with the British,” said Achakzai.

He further said that when the Kalima was recited by the Muslims, all of the territories were occupied by the British. The only country that stood against the British was Afghanistan. He also said that Lahore supported the occupation of Afghanistan.

Netizens express their displeasure over Achakzai’s remarks against Lahoris

Pakistani citizens were unhappy with the racist remarks of Achakzai during the PDM rally. Several Pakistanis took to Twitter to express their anger over his comments.

Humans rights minister Shireen Mizari was furious at the statement made by Achakzai. She said that Achakzai’s insulting remarks are “shameful”.

It is indeed unfortunate to see a senior leader like Achakzai making such hateful and racist remarks. The statement by Achakzai has certainly made every single citizen of Pakistan unhappy.

Meanwhile, all the opposition leaders, including Maryam Nawaz Sharif, Bilawal Bhutto Zardari and Maulana Fazal-ur-Rehman were at the forefront of the PDM rally.

Chairman Pakistan Peoples Party (PPP) Bilawal Bhutto Zardari also talked about the struggle of his political party and the fight of Sindhis for democracy. He said the government ruined the economy of Pakistan and PDM will oust it.

Before conducting the rally, PM had asked the PDM to postpone their rallies as a result of the second wave of COVID-19 pandemic in Pakistan. However, the opposition leader did not adhere to the government’s request and went ahead with their protests in Lahore.