Mahira Khan calls out a user that posted hate tweets regarding her not sharing about the current Kashmir crisis.

How The Actress Responded:

The original tweet mentioned, “Just checked the whole Timeline Of Mahira Khan and failed to found a Single tweet for Kashmir from her. I mean she is worse than an animal. Even Sonam Kapoor Spokes on Kashmir but Mahira remains silent why? Mahira you should be ashamed of yourself”

Just checked the whole Timeline Of @TheMahiraKhan and failed to found a Single tweet for Kashmir from her.
I mean she is worse than an animal.
Even @sonamakapoor Spokes on Kashmir but mahira remains silent why?

Mahira you should be Ashamed of yourself.

There is also a second tweet by the same user that appreciates the efforts of Mehwish Hayat. The user seems to bash the other entertainers while keeping one at a pedestal. The tweet read, “When the government of Pakistan announced the Tamgha-E-Imtiaz for Mehwish Hayat. I was the first one who criticized Mehwish with very bad words. But since 6 days she is winning our hearts by speaking for Kashmir on every forum. She made me her fan. Proud of you Mehwish Hayat. Keep doing”

However, this person did not realize that the actress could tweet back and clarify herself. Currently, there has been a debate surrounding Pakistani influencers and their inability to talk about Kashmir. 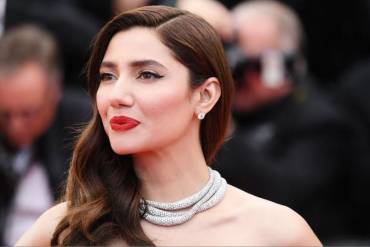 A lot of Pakistani Youtubers barely touched on the topic and it has fumed the citizens of Pakistan. This is because once one possesses a platform, it becomes important to talk about certain issues. But hating on the influencers for not posting would be going to another extreme. Additionally, not every celebrity has the fear of losing followers after addressing India’s atrocities. Though it is always better to use a platform to call out the complications triggered by the Indian government. And that becomes extra necessary when the one using that platform is a Pakistani entertainer.

At this point, Mahira Khan seemed to have enough of people accusing her for not standing up for Kashmir. The actress has a history of participating in various activities that have a proper cause. This included the time when she voiced her support for Afghan refugees and child abuse. Even if it doesn’t appear to be enough, at least a celebrity is trying to use their platform for the best.

“No you didn’t bother checking my timeline. Here, I did it for you. That’s all, now you can continue to abuse and call me names” is what Mahira clapped back with.

No you didn’t bother checking my timeline. Here, I did it for you. That’s all, now you can continue to abuse and call me names ✌🏼 https://t.co/aTwJysGypm pic.twitter.com/XBHI3QvtOT

She had previously talked about Kashmir and the bloodshed occurring there. Through responding to this tweet, she made sure to remind people to be a bit more careful when pointing fingers.

Though, Twitter users are mentioning her move to be ‘petty’ because she shouldn’t have replied to a normal troll. Also, some saw the action as a gesture of showing off. However, again, Mahira would like to disagree because she believes that mere fame is never better than people losing their lives through injustice.

What do you think of the situation? Do you think it was a generous decision to tweet back like that? Is Mahira Khan in the wrong for mentioning her tweet about the revocation of the article 370 and overall issue? Share your thoughts using the links below.