When it comes to the relations between India and Pakistan, they are mostly tensed. Be it the issue of Kashmir or politics, the historic rivalry has taken over entertainment aspects, such as Pakistanis working in India and vice versa.

Aside from the entertainers, the hate reached the sports grounds as well. However, after the recent Championship Trophy, the sportsmanship showed by Indian cricketers towards Pakistan and vice versa showed how there is hope of positivity among the two nations.

After the Uri Attacks which took place in 2016, the position of Pakistanis working in India was in trouble. With the likes of Mahira Khan and Fawad Khan making big in India being in the spotlight by Indian extremists, the hatred kept spreading. The actors, however, were very lenient when sharing their stance. This can be seen Mahira Khan’s recent session where she described the commonalities between India and Pakistan to spread some love. 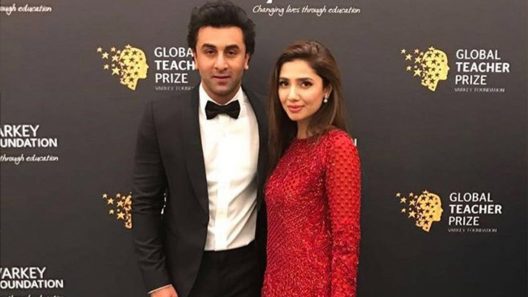 While speaking at a session organized by Agha Khan University yesterday, Raees superstar shared how she noticed similarities between India and Pakistan while working there.

“We, in India and Pakistan mourn and celebrate the same way. Our language is similar, we connect on a huge scale. Even though you feel that they (the Indians) around are strangers but they never make you feel aloof. Every time I’d request for something that made me uneasy, I was always heard and respected.” – said, Khan, while discussing her experience.

Mahira Khan shared how the Pakistani ban made things difficult for her, knowing the Raees was to be released afterward. On this, she shared, “Faith is a beautiful and important thing. And you know this more when you have lost faith. When you are trapped in a dark place in life, faith helps you know that it will be okay.”

In a tweet, she later said how we need to focus on the positive aspects and stop spreading hate as there is enough hate in the world.

Dear papers, there is already a lot of hate in this world, pick up the good. Report it. Won't lose the clickbait audience, promise!? https://t.co/K1qxA5ekEl

Indeed, we need not mingle politics with entertainments and sports. Pakistan and India come from a similar background – we share the same history, our customs are somewhat similar and what not.

Nawaz Sharif and Co. Seen Celebrating – What About the Teenager Who was Killed By Your Car?
Indian Band Sings Pakistan’s National Anthem As A Gift For Independence Day
To Top