With the recent tension between arch rivals India and Pakistan, the status of Mahira Khan’s Indian debut movie alongside King Khan was in major threat due to the surgical strikes. Pakistani actors working in India were insulted by the political parties and various Indian celebrities. However, there were a few Indian names who supported the working of Pakistani entertainers on their land.

Shah Rukh Khan was one of them, primarily because his upcoming movie Raees stars Pakistan’s highest paid actress, Mahira Khan.

Amidst all the rumors that regarding Mahira Khan’s scenes being chopped off from the movie, the trailer released earlier today highlights the Pakistani beauty in many scenes. Take a look:

The Way She Calls Saala to Shah Rukh Here

Seems Like We are in for Romance and Chemistry between this On-screen Couple!

We Will Be Seeing A Dance Number Starring SRK And Mahira Khan Too! 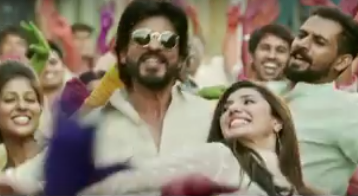 Not to forget, Sunny Leone Will Has An Item Number In This Movie Too 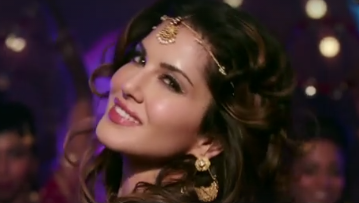 For those of you haven’t seen the trailer yet, do not wait further and take a look now!

People on Twitter are as excited as we are

#Raees TRAILER is FANTABULOUS..This is sure shot Blockbuster..@iamsrk is back with a bang! Easily one of the best trailers I’ve seen.

Set to be released on the 25th of January 2017, here’s to hoping Pakistanis will be able to watch it in cinemas too!

Here Are The 7 Things You Need To Know About A Desi Bridal Shower!
PIA Aircraft Crashed Near Abbottabad, Junaid Jamshed was one of the Passengers
To Top