We are absolutely glad to say that Mahira Khan has returned to the surface with relevant news about her. The iconic celebrity stars in the latest film, “Verna” whose trailer was released a couple of days ago and speaks enough about how one should anticipate the movie. The trailer was well-acclaimed by the Pakistani audience and also it went viral like crazy on social media. Now, Mahira Khan star’s with Haroon Shahid in the first song of the movie Verna.

If you are an avid Coke Studio fan, you must recognize Haroon Shahid. Yes, the guy appeared back in Season 5 and became an imminent sensation back then. 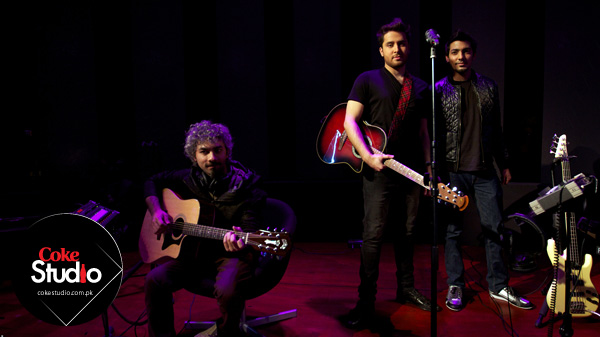 Long after, he appeared in Season 9 of Coke Studio. If you remember the guy in the green shirt in “Baliye” featuring Qurat-ul-Ain Baloch and Noori! That’s Haroon Shahid, too.

And now, he appears alongside none other than Mahira Khan in the much sought-after record, “Sambhal Sambhal Kay” of Verna.

Of course, Pakistanis couldn’t hold back their love for Mahira. It’s good that she made a comeback on social media out of the whole epidemic of controversies surrounding her, only to address her work and nothing.

sambhal sambhal is such a beautiful song. ? #verna

Favourite part of the song. It's light and soothing! @TheMahiraKhan @HaroonsMusic loved it. pic.twitter.com/M7X3lQW1uP

#Verna has everything
This is a delight for every type of audience no doubt #sambhalsambhal @TheMahiraKhan ❤❤❤@VernaTheMovie pic.twitter.com/1jrp878blk

She looks so pretty in the song ???#Verna pic.twitter.com/npzErerE6Z

Indeed, it has quite the same vibe about it!

Sambhal Sambhal from #Verna sounds so much like a Nazia Hasan song draft that never released.

It’s great to see that our stars are hitting incredible milestones and nourishing our film industries with incredible work. Verna is set to release in November and we shall find out how the film turns out!