Maheen Ghani Reveals The News Of Her Divorce From Shahbaz Taseer!

Apparently, Pakistani businessman Shahbaz Taseer became a national hero after his return from the extremist Islamic militants. However, recently, every struggle went into vain after his wife Maheen Ghani shared the news of their split as a couple. As of now, Shahbaz Taseer is being bashed on social media after wife Maheen Ghani revealed the news of their divorce on Twitter.

Maheen Ghani shares the ‘unfortunate’ news of her divorce from Shahbaz Taseer!

Recalling the interview, the businessman gave to Cable News Network (CNN) regarding his captivity, there sure was pain and suffering. Undoubtedly, the courage Maheen Ghani had shown for Shahbaz Taseer while he was abducted makes her the pride of Pakistan. But unfortunately, things have now come to an end as Shahbaz Taseer is facing critical online criticism after his wife revealed the divorce news.

From motherhood which is pure magic to now a divorce. It has changed and evolved me into a stronger more secure version of myself. For the first time I can say I am immensely proud of who I am today and the respect I am able to demand. Without pain there is no happiness.

Seen praying and worrying for husband’s safe return, Maheen Ghani waited for 5 long years in sheer agony. Posting on the divorce stance, Maheen Ghani tweeted, “From motherhood which is pure magic to now a divorce. It has changed and evolved me into a stronger more secure version of myself. For the first time, I can say I am immensely proud of who I am today and the respect I am able to demand”.

“Without pain, there is no happiness”!

“Without pain, there is no happiness” she ended. This has come out as a shock for many as the couple instead, the whole family has gone through hell regarding Shahbaz Taseer being held by the Afghan Taliban. After living in militant captivity from 2011 to 2016, Taseer was freed and returned home in Lahore in a messed up condition. 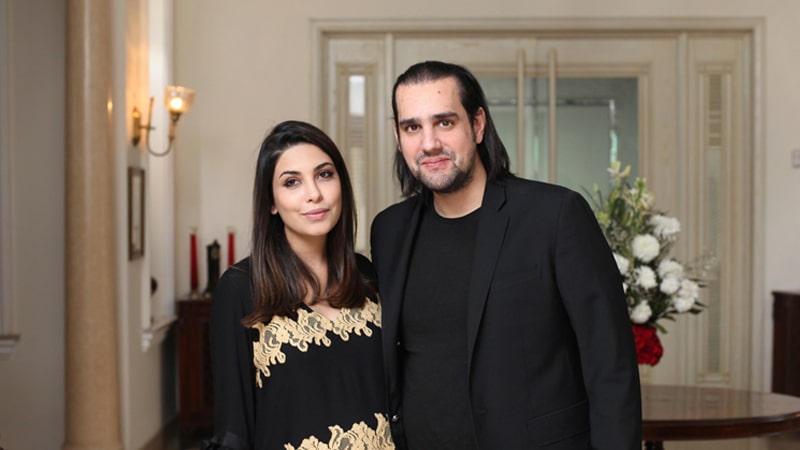 However, Maheen Ghani turned out to be a strong support system for the family as she didn’t let the circumstances overcome her spirit. Since 2011, after the taking away of Shahbaz Taseer, his wife started gathering support from the masses. Unfortunately, after years of affliction and loyalty, Maheen Ghani is receiving sympathy while Shahbaz Taseer is facing criticism.

Times change but some people don’t!

What an ungrateful guy Shahbaz Taseer is. His wife waited for him patiently for years while he was kidnapped to have him cheat on her when he returns. Scum. https://t.co/IgxgsnRXDi

I don't know you personally but its obvious you've been through alot! Prayers that now the worst is over and you get peace and happiness. Sorry to hear about your divorce after all those years of pain waiting for him to return.

“I bow to salute you and pray for beautiful life ahead”!

Ur journey is unparalleled but inspiring as well as unbearable. Ur resilence from such catastrophic chasm after summiting apex of prayers speaks unequivocally that beautiful life concomitants with agony and unimaginable pain. I bow to salute you and pray for beautiful life ahead

“Only he can reward, humans are ungrateful”!

Speechless Maheen, witnessed your pain & agony throughout the years. May Allah rewards you for all that you’ve done, been through, all those years of pain be replaced with something even more miraculous & magical. Only he can reward, humans are ungrateful.

Everyone remembered shahbaz through you while he was missing. This is just a tragic news, hope whatever happened was just for both sides. Wish you a happy & positive life in future.

Well, the reason behind the big decision came in after Shahbaz Taseer was caught cheating on his wife Maheen Ghani. Recovered from Balochistan by the national security forces, Shahbaz Taseer has definitely lost his heroism among the masses. Anyways, till now, there is no official statement released by Shahbaz Taseer regarding the divorce.

2019 Proved To Be A Path-Breaking Year For Tecno Mobile!
Official Schedule Of Pakistan Cricket Team For 2020 Revealed!
To Top