Maheen Fatima of SECP Claims She Was Strong-armed By Zafar Hijazi To Tamper Documents! 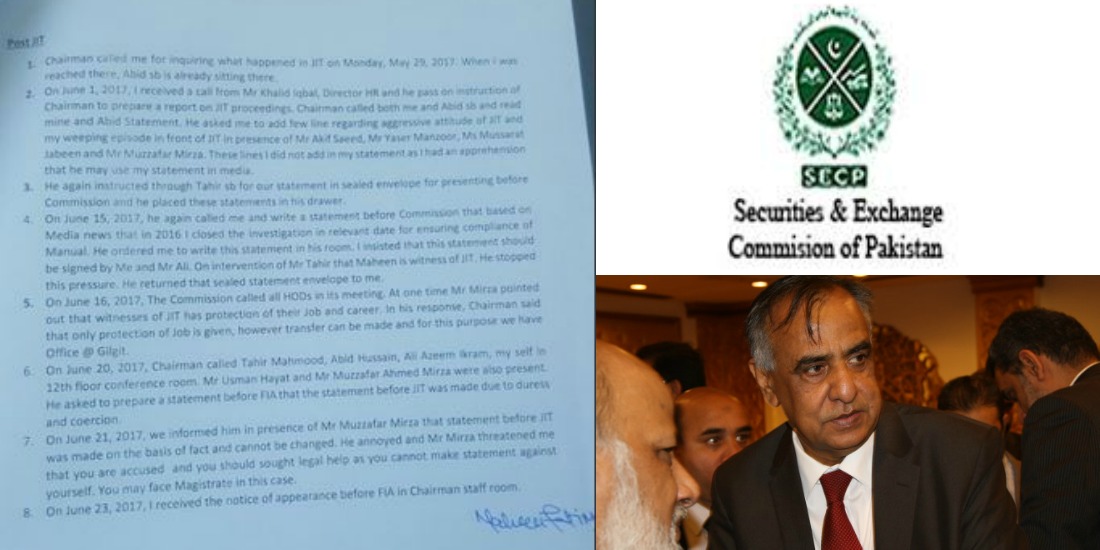 The Joint Investigation Team (JIT) is turning over all stones in order to find a money trail that the Shareef family have been accused of erasing. During such process, they are sending notices to everyone related to the Shareef family and the kingdom to appear before the jury for investigation. Whether it may be a senator or a family member, JIT is leaving no stones unturned to provide a decision to the Supreme Court in 60 days. Maheen Fatima, director SECP, was also called to appear before the JIT panel, but there is a larger news that she has revealed just recently.

Maheen Fatima claims that she was forced by Chairman Securities and Exchange Commission of Pakistan, Zafar Hijazi, to tamper with the documents she was to provide to the JIT. According to her confession to the FIA, she reveals that Zafar Hijazi wanted to slip in a backdated document. Moreover, he wanted her to comment against the JIT about their rude behaviour towards her, such that they made her weep. She also exposed that if she was to decline such a request, she was warned about her possible transfer to Gilgit or a strong “inquiry” against her.

Recently, we have seen several people speak about the aggressive behaviour of the JIT panel, and how unethical they are during the investigation. Whether these allegations are false or not, PMLN and its supporters have decided to pick up this notion and extend it further till the SC notices it. The biggest cry was raised when Maryam Safdar was asked to appear before the JIT panel.

To clarify the authenticity of what Maheen Fatima has exposed, a printed document has been made public with her signatures that clearly reveal all the events in an order. JIT is being very serious about its role towards justice, and the Supreme Court is demanding an unbiased decision from its side. If actions similar to those by Zafar Hijazi, as alleged by Maheen Fatima, are proven does this mean that what Imran Khan has been saying all along was all fact?