Last month in June Imran Khan during a meeting with Khyber-Pakhtunkhwa (K-P) Governor Shah Farman and Chief Minister Mahmood Khan talked about cutting on the expenses. He said, “The government is striving to cut maximum expenditures in the upcoming budget by adopting austerity measures”

However, with the recent stunt pulled by the KPK government, Imran Khan along with the incumbent government has come under massive criticism. Their efforts questioned and intentions deemed as hypocrisy.

A Luxury jeep worth Rs 8 million has been imported for senior KP minister Shaukat Ali Yousafzai. 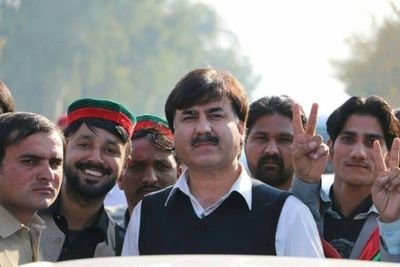 This goes against the rules laid down by the prime minister Imran Khan that restricts a minister to own only an 1800 cc car. The luxury car, however, is 2800cc. According to the sources, the provincial cabinet approved a Rs. 5.5 million worth double cabin for the minister, but he insisted on getting a luxury Fortuner.

When the minister was inquired about the expensive car, he mentioned that he had to visit some remote difficult areas that regular cars couldn’t reach. Hence, he found the Fortuner to be the perfect fit for such travels.

This move by KP has definitely placed a positive initiative to shame, forcing the general public to question their credibility as leaders.

Imran Khan addressing the nation on August 19 stressed upon austerity drive and reducing government expenses. Imran even kickstarted the campaign by auctioning off the luxury cars used by the former Prime Ministers. The federal cabinet later endorsed the decision made by the PM and provincial governments followed cutting down their expenses.

The corruption already ran deep in Pakistan with Ministers and politicians in general hoarding on illegal wealth. Maryam Nawaz for example even after facing charges with her father, the former premier behind bars was still using a luxury bulletproof Mercedez that the Federal government asked them to return repeatedly. Finally, it had to be seized from their Jati Umra residence.

PTI Government Has Decided To Increase Roti Prices And Pakistanis Are Fuming With Rage!
Accountability Judge Arshad Malik Has Been Removed By IHC Over Controversial Video And This Had To Happen!
To Top