The Holy Makkah holds grave importance for every Muslim in the world because of the religion, sentiments and most importantly the Holy Kabah. Millions of Muslims come to Makkah for pilgrimage every year from around the world. Makkah was rehabilitated by Hazrat Ibrahim (A.S) and his family when Allah asked him to reconstruct Kabah, where Muslims could offer their prayers.

The other Prophets of Islam went far and wide to spread the religion but Makkah remained the center of historians’ attention after the last prophet of Islam, Hazrat Muhammad (PBUH) was born there.

On the occasion of Hajj, millions of faithful gather at Makkah which ultimately creates major security and logistical problems for the Saudi government. In 2015, about 150 people died in Mina due to a stampede and many lost their lives after a crane collapsed due to bad weather. 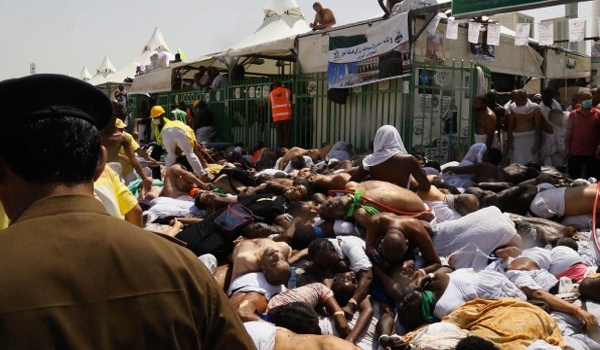 To tackle these unprecedented disasters, the Saudi government planned for the expansion of the Grand Mosque, keeping the sacredness and respect of the place in mind. Different firms were hired for the purpose of this expansion and according to a press release, a British firm has won the Jabal Omar Development Competition for building a luxurious hotel and apartments in the center of the city.

‘Foster & Partners’ is taking this opportunity as an honor. This is what Luke Fox, Head of Studio and Senior Executive Partner at ‘Foster & Partners’, said: “We are absolutely delighted to have won the competition, Makkah is a unique city. As the home of the Holy Kaaba—the holiest site in Islam—it presents a special challenge and honor for any developer and architect. Our design sets out to create an innovative building form that will be respectful to the scale and importance of the Grand Mosque”

He also said that every apartment and room is designed to maximize direct views from Kabah which would definitely help the residents for the perfect Qibla direction. Also, every room will have a specific place for prayers to accommodate the pilgrims in every possible way. A pedestrian ramp from the hotel to the Grand Mosque will be part of the project as well. The ramp is being designed to serve disabled pilgrims.

The Saudi government is taking all possible steps for the accommodation of the pilgrims. We hope that these changes would lessen the number of unfortunate incidents and catastrophes.

Your Favorite Variant Of Betty Crocker Cake Recipe Might Not Be Halal And Here’s Why!
We Attended The Karachi Kings Team Launch Event & My Word What A Euphoric Evening It Was!
To Top