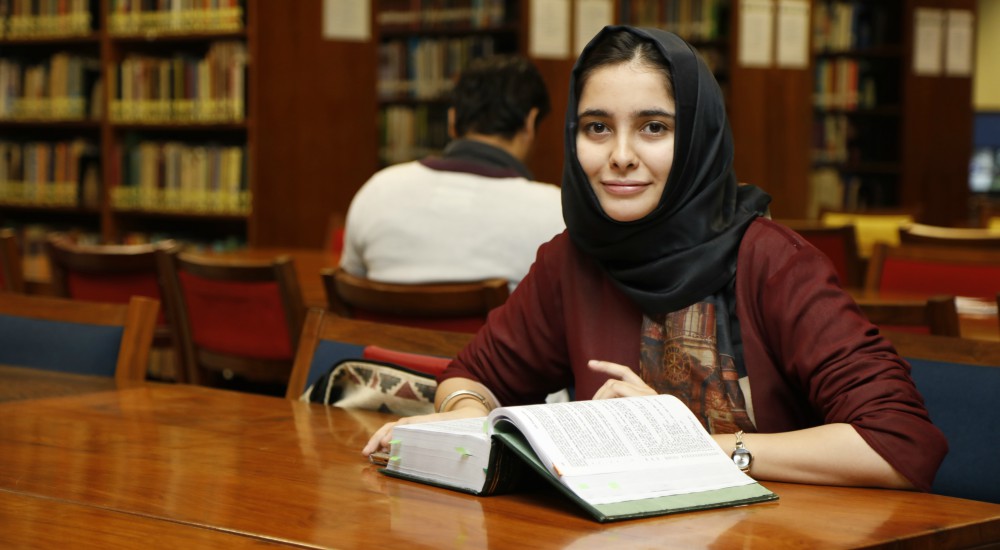 LUMS Shaikh Ahmad Hassan School of Law (SAHSOL) student, Sana Naeem, Class of 2018 has been awarded the prestigious Rhodes Scholarship. Only one Pakistani student is selected by the Rhodes Trust for the scholarship each year, which enables the recipient to study the subject of their choice at Oxford University.

Sana competed for the scholarship against the brightest students from across Pakistan, and after an interview of select finalists in Islamabad was announced as the Rhodes Scholar-Elect for 2018. The result was announced by Mr. Babar Sattar, the National Secretary for the Pakistan Rhodes Scholarship Selection Committee on November 4, 2017.

Sana is the first student from the Shaikh Ahmad Hassan School of Law to have been awarded the Rhodes Scholarship. During her time at LUMS, Sana has maintained an exceptional academic record and has been recognized on the Dean’s Honours List for successive academic years. Though Sana’s work is grounded in law, her analytical approach is interdisciplinary in nature and based on coursework jointly undertaken with the School of Humanities and Social Sciences. 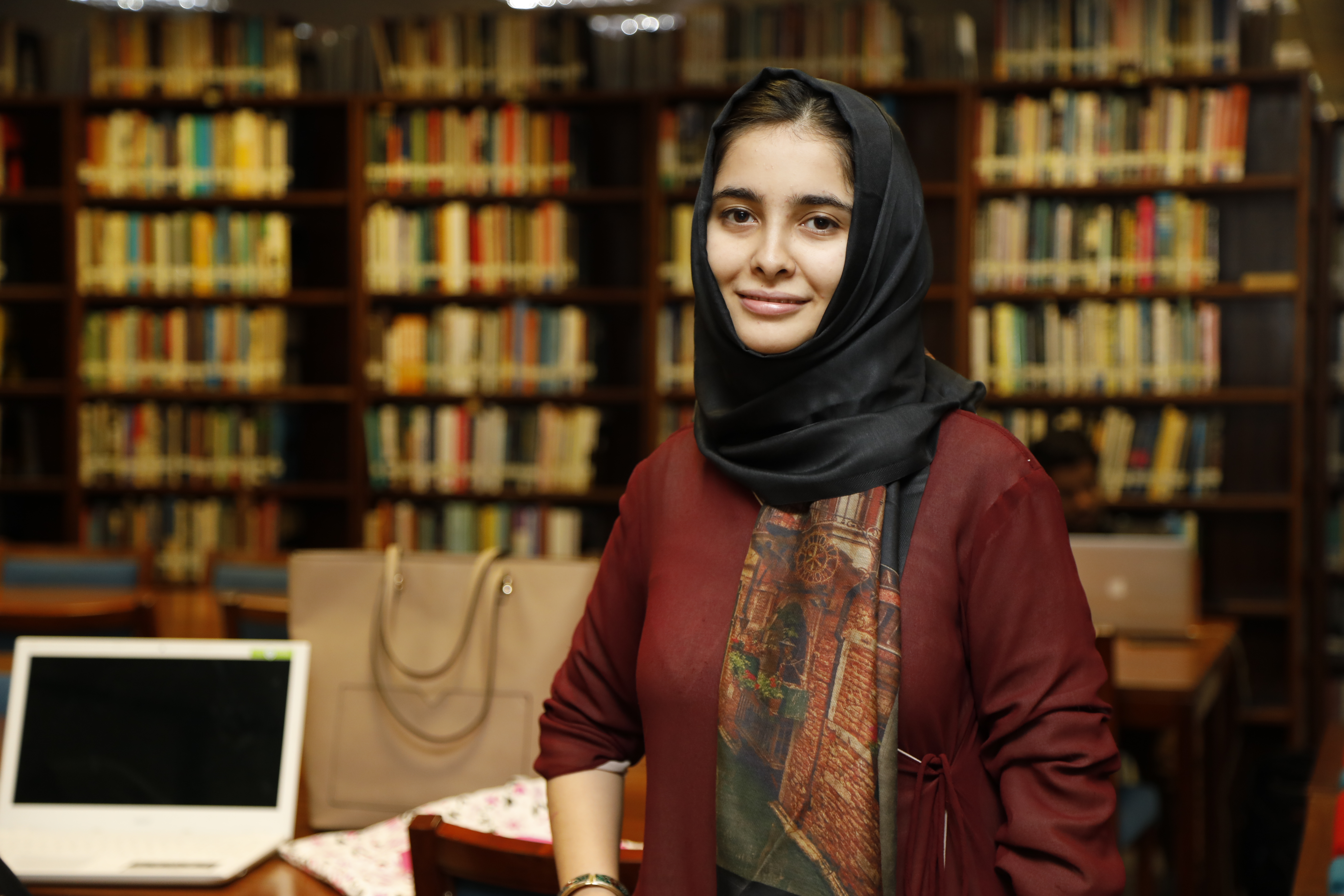 The law degree offered by LUMS is divided into a two-year BA phase followed by the three-year LLB. Sana spent the two years of her BA sampling a wide variety of humanities courses, from which she drew direction for her work in law over the coming three years. Sana is deeply invested in making sure that her work, present, and future, is rooted in interdisciplinary engagement. Alongside studying for her degree, she also participated in several seminar workshops, including one on “Truth and Testimony” co-led by Dr. Manan Ahmad and Prof. Madiha Tahir, and one on “History and Method” also led by Dr. Ahmad.

During her years at LUMS, Sana has worked consistently to explore and address questions of gender as they have manifested around her, through both her academic and non-academic efforts. She also conducted research on the implications of gendered language in the law, as an independent study. This ultimately led to a completed paper titled, Male Power as State Power: How the Law Fails Women, which she presented at the Saida Waheed Gender Colloquium at LUMS.

She has also worked with the LUMS Feminist Society (FEMSOC) for four years, alongside other dedicated students, towards creating campus-wide dialogue on gender issues. In leadership roles of the society, including as its President, she was an active part of the collective effort towards campaigning for key policy changes necessary for a more gender-sensitive environment on campus.

Currently, Sana is working on her Senior Project, a study of the gendered nature of legal spaces, supervised by Professors Emad Ansari and Laila Bushra. For this, she is conducting her primary research in the Peshawar High Court, hoping to better understand and conceptualize the way in which women navigate ordinary legal spaces and the impact that this has on their experience under the law. She is also working with Prof. Ansari on creating a database of sexual harassment cases from international jurisdictions, that is ultimately intended to be a resource for the Federal Ombudsman Secretariat for protection against sexual harassment.

Upon being nominated as Rhodes Scholar Elect for 2018, Sana expressed her gratitude to her professors at Mushtaq Ahmad Gurmani School of Humanities and Social Sciences and the Shaikh Ahmad Hassan School of Law, and said, “Without the constant encouragement and commitment of my professors, especially Professors Emad Ansari, Bilal Tanweer, Maryam Wasif Khan and Ali Raza, who has been in my corner throughout these years, this would not have been possible. I am also immensely grateful for the unwavering support and love I have received from my family and teachers in Peshawar, as well as from my friends here at LUMS.”

This is the second consecutive year that a student from LUMS has won the prestigious Rhodes Scholarship. Last year, Saman Tariq Malik, an English major from the Class of 2016 was declared the Rhodes Scholar-elect from Pakistan for the year 2017.

Read Also: A LUMS Student Insulted Everyone Who Couldn’t Make It Into The University And People Are Disgusted!