There’s a major rumble on desi Twitter causing a massive uproar among the Pakistanis. The subject that caused this ruckus online was a video uploaded by a LUMS student, contents of which has majority blazing with anger. Rightfully so!

This guy Ali Zar Raza went on an obnoxious, arrogant and elitist rant-fest that didn’t sit well with anyone, to be honest. He addressed people that do not get into LUMS, calling them bitter and ‘trash’. Not to mention the very condescending statement he made, saying the ones that get selected are intellectuals, toppers, and whatnot. However, the ones that do not make it are called LUMS rejectees and “Wo hamari tarhan bhi intellect ho saktay hain”.

And let’s not mention how he literally flips off in the end. Rude.

Click On The Video Below And Waste Precious 43 Seconds Of Your Life.

Then he goes on to reply a tweet putting the school and the entire elitist class of Pakistan to shame, no shade. Did he just refute his own point about LUMS ‘people’ having class by cursing at the girl below in his third point, showing none of it? This is actually hilarious. Where my hot popcorns at?

1. Money is not only enough for you to get into LUMS
2. #LUMS people carry a class that money doesnt buy
3. Yes My Dad is Rich, Deal with it bitch pic.twitter.com/B31FXOXrRI

Looks like he skipped on the basics that clearly teach you that good mannerism is what shows a person’s class and not being selected by a top business school of Pakistan. Is this how conceited students of LUMS are? That they have placed being enrolled in a top university as a benchmark for their intelligence?

Education if anything teaches, humility, humbleness and adds to one’s knowledge that broadens their vision but what do we see here? A bloated ego that talks trash like a teenager? Not the best produce of this university! 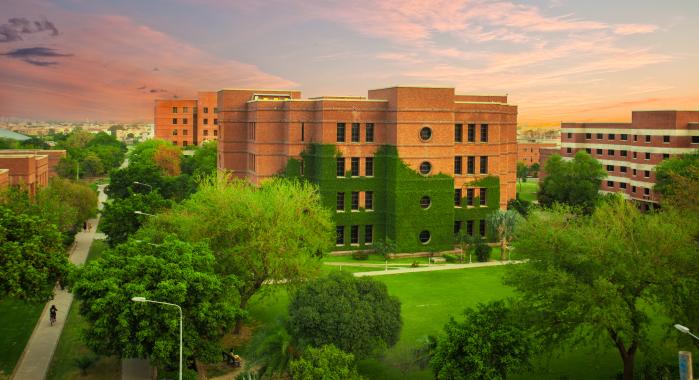 Yes, he doesn’t represent all of LUMS students but he is still affiliated with the university and that doesn’t do good. This video was so disappointing that we want to believe it to be some sort of distasteful prank and nothing more. However, this isn’t the case.

This isn’t it the only incident associated with LUMS that is alarming but in fact, sometime back, boys from this same school were interviewed and their casual remarks on a very sensitive subject raised several eyebrows.

“We are what we are because 99% did not step up to compete with us. Invest in humility. Accept your privilege& pay forward. Your arrogance is lamentable. There is language-based apartheid in Pakistan& we all fuel it. Pay forward. Fix it.”

We are what we are because 99% did not step up to compete with us. Invest in humility. Accept your privilege& pay forward. Your arrogance is lamentable. There is a language based apartheid in Pakistan& we all fuel it. Pay forward. Fix it.

“You ought to be ashamed of yourself. I’ve seen more class in the watchman of my building than you. Money cannot buy class. I sincerely hope you take some time to understand that and change the perception of yourself and LUMS for that matter.”

You ought to be ashamed of yourself. I’ve seen more class in the watchman of my building than you. Money cannot buy class. I sincerely hope you take some time to understand that and change the perception of yourself and LUMS for that matter.

There is something seriously wrong with the man and it should be addressed immediately.

This guy has done (and continues to do) some serious damages to #LUMS Goodwill.

Misogynist, as well as, he enjoys publicly to insult oppressed social classes.

I still assume that #LUMS & its students do not agree with his thoughts.

There is absolutely no doubt about the fact that LUMS provides quality education with some of the best faculties but students are a reflection of their institutes and bear the responsibility of representing their universities. Ali Zar Raza is clearly a disgrace.

Vlogger Eva Zu Beck Jumps In Support Of Alleged Harasser ‘Ukhano’ And She’s Got To Be Kidding!
The Daring Ali Azmat to Bike Across Europe In 22 Days
To Top