Earlier this week, hundreds flocked to a Facebook live session hosted by the LUMS admin. The hashtag was enough to spike an interest as clearly, a lot seems to be going on at LUMS. The hashtag was particularly intriguing since it had been making rounds on twitter the past couple weeks, at times making trends reflecting the resounding call of the LUMS student body to help address their concerns regarding administration which later triggered a protest.

In all these instances of the LUMS student body coming together, one thing was evident, the students are desperate to grasp the attention of the LUMS admin, some hailing the admin to care more about its PR than addressing legitimate student concerns. But what is it that is brewing at LUMS? After a cursory attempt at digging into the issue, this is what we found: 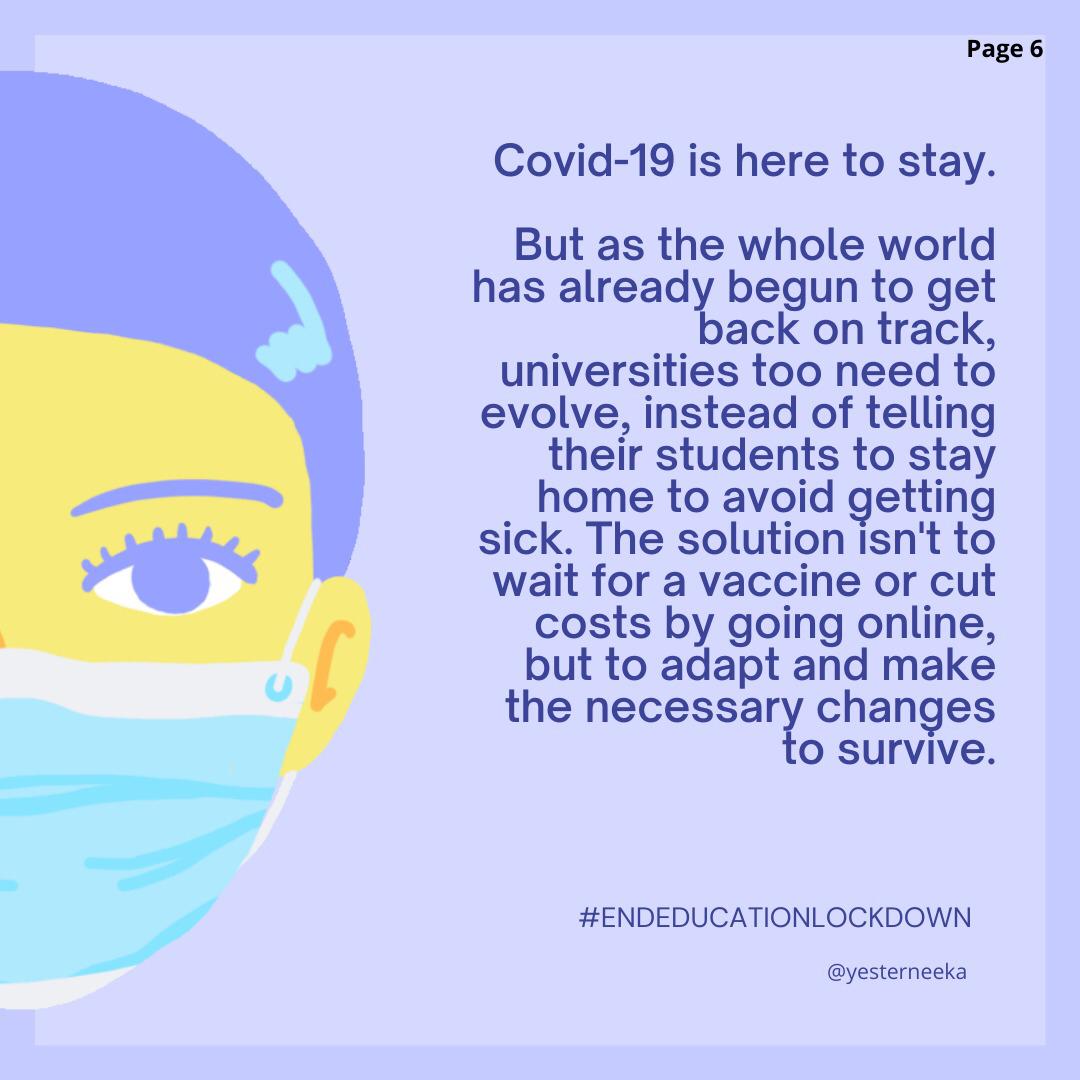 Despite most universities opening up throughout the country, the LUMS admin has decided to take the easier route by refusing to open the campus. It was found that only about 200 students will be hosted in Fall 2020-2021. This is a particularly burning issue in the wake of insensitive “welcome back” content making rounds on the LUMS Instagram page, another social media platform that was filled with student pleas against the injustices of the admin.

LUMS had recently been under fire as a result of an undue fee hike, that too in the middle of a pandemic when most people are losing jobs. The admin did a good job of “reverting” the fee hike, instead only to distribute the brunt across younger batches. Things took a turn for the worse when it was revealed that the LUMS administration would continue to take the same amount of fees despite not welcoming students back and this was enough for the students to protest. But it gets worse. It was found that the admin has no strategy or willingness to welcome students back on campus and has refused to invest in capacity building measures to at least ensure that students can be welcomed back in Spring. 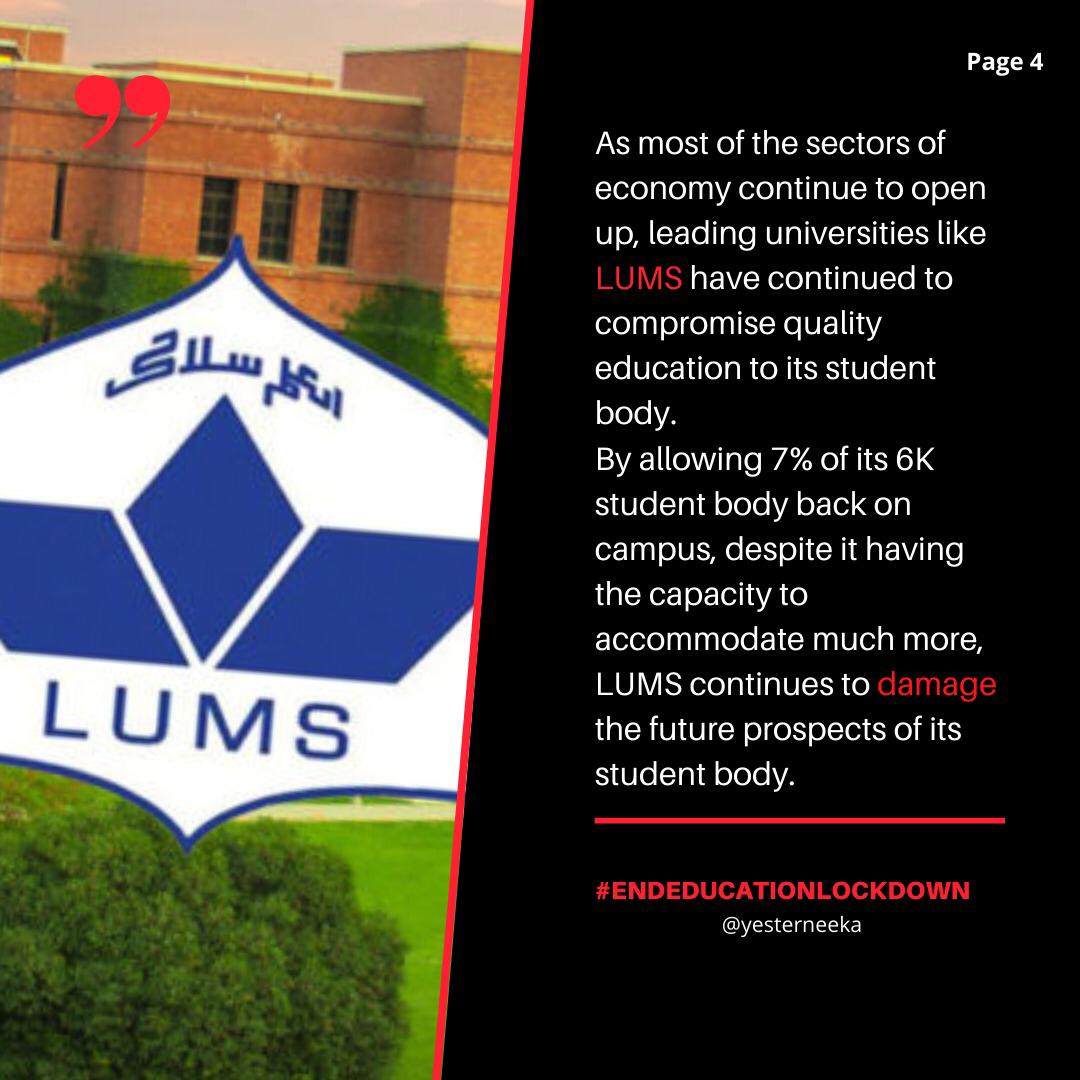 Citing a deficit in overall finances as the reason to make students pay increasing amounts, a fact negated by the Not-for-Profit institute’s financial statements found online and the reckless spending on fountains and the previous orientation week, that too despite slashing down on student financial aid, is appalling, to say the least. The LUMS admin time and again has refused to address student concerns resulting in undue hostility where students are pressing towards rogue measures, some even citing a potential protest that could be underway.

Bad PR should get admin’s attention

The students feel that bad PR is probably the only thing that could get the attention of relevant authorities who are currently not even in the country, making insensitive decisions affecting the lives of those who have to deal with the negative consequences of inadequate infrastructure such as internet connectivity and often home environments not conducive to learning. This is particularly problematic because there has been a significant decrease in the active coronavirus cases within Pakistan, and a recovery rate currently at 98%. But of course, you need to be on the ground and not in countries plagued by increasing deaths and an exponential increase in the number of active cases to be able to make sound decisions. 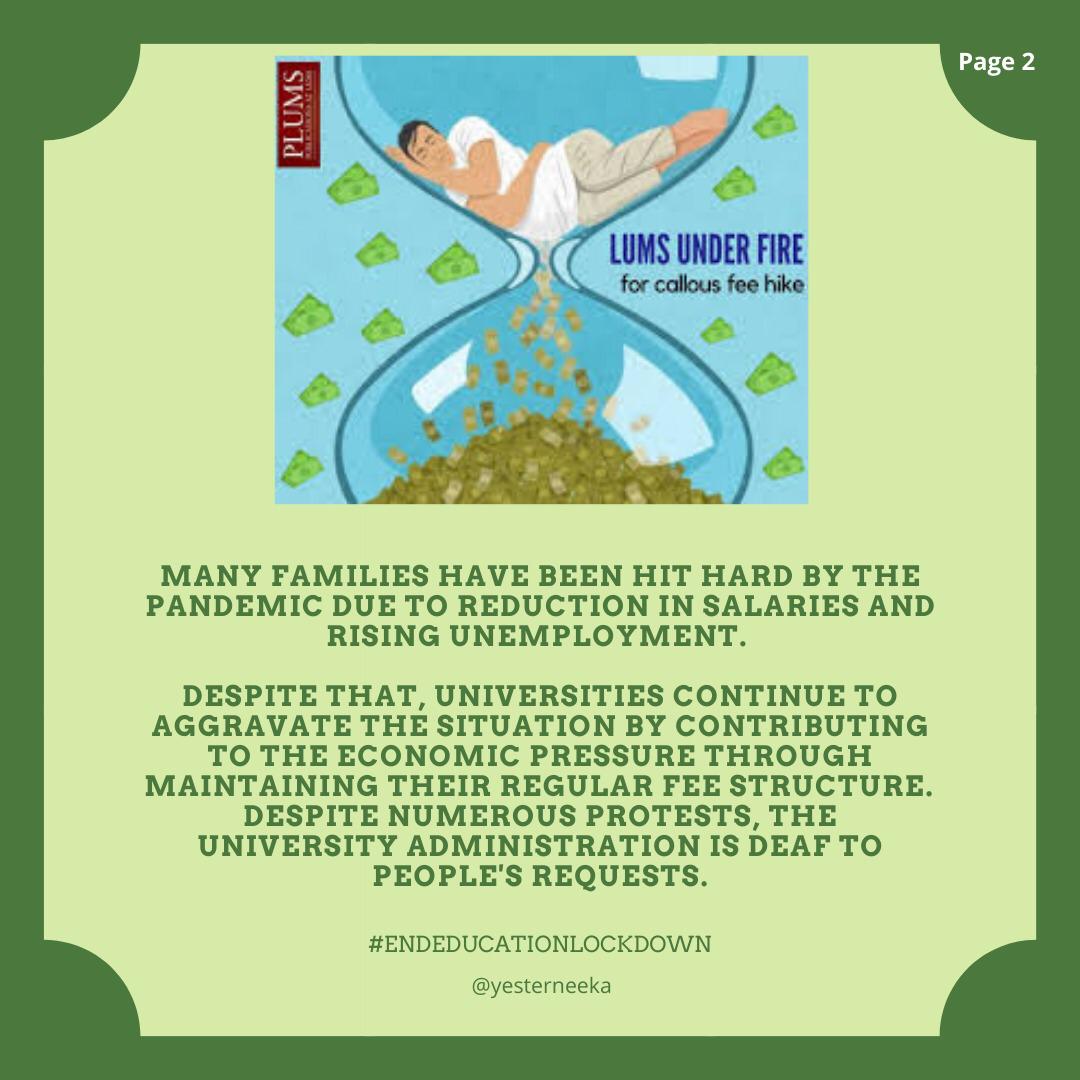 The severe lack of communication seems to be making things worse. LUMS prides itself on the diversity of its student body with students hailing from a host of regions across the country, but they seem to only use that, in addition to the National Outreach Program, as a marketing gimmick to attract students and investors alike. Time is up LUMS admin. Stop playing with the lives of your student body.

The above-penned letter from a LUMS student shows their determination to fight for their rights. When some years back students inside LUMS hostels felt unsafe, it was the student body that helped them more than the administration.