Is Ludo Star the new Tinder? For a gadget-savvy generation, online games have become an easy fix for entertainment. However, some people have definitely taken online games to a whole other level. Creating successful love stories on Ludo Star? Well, that is certainly new!

Just recently, a girl named Rumaisa Nabeel posted ‘The Real Ludo Star Love Story’ of her friend who wanted to stay anonymous. She posted this in a Facebook group called ‘Devil in the form of a WH*RE’ – which has a huge audience on Facebook.

Moving on towards the story, so it is basically about a girl who was constantly losing on Ludo from her cousins. While the girl was searching for coins, she found the love of her life. 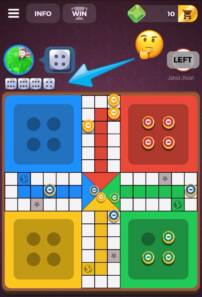 Rumaisa begins the story, giving it a dramatic theme – it all began at midnight around 2 am. Apparently, her friend was playing Ludo with her cousins, and she got sick of losing all the games.

She then started a match with a random person. This random person was some guy who would keep on bugging her with ‘Hi’ in the chat. After a while, the girl checked his earning on the game, and she was shocked to see such a huge amount! The guy had an earning of about 5 billion coins on Ludo Star.

As the girl just wanted to collect some coins so she could compete with her cousins again, she asked the guy to win but send her some coins in return.

Subsequently, the guy requested her to join another game – which she did.

Went looking for coins, but found the love of her life.

Although the guy made every effort to talk to her on that match, she continued to ignore him. At last, the guy got tired of getting ignored and told her that the coins are already hers and that he does not see any harm in chitter-chattering. 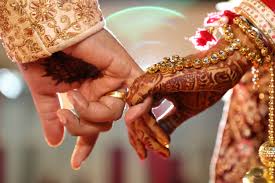 Well, how long could she go on ignoring him? The girl finally started replying to him, and that reply led to never-ending long conversations. Additionally, the girl somewhat began to love talking to him.

They played every other day, but whenever the guy asked for her Facebook ID, she would bluntly refuse. However, a few days later they both exchanged their Whatsapp numbers.

Rumaisa adds that her friend and the guy developed feelings for each other. The guy would often ask for her pictures, to which she would refuse as well. Moreover, he began talking about how he wants to marry her.

When things got serious, she shared the entire tale with her cousin who was shocked to hear how serious the guy has gotten without even seeing the girl.

During those times, she used to go for coaching. The guy insisted on picking her up from so they could meet. As Rumaisa says, they had ‘quality time’ together, and eventually felt comfortable with each other.

After all the long conversations, the guy finally asked the big question. He asked her if he should send his parents to her house for a marriage proposal. Well, and it happened! The girl’s parents did not agree at first as they were planning on marrying her to one of her cousins. However, they finally got convinced and they got married.

Ludo Star turned out to be not only their best memory but also a matchmaker for them! Ludo Star has been a source of time passing for many during quarantine, even though a fatwa labeled it ‘haram’.

Story courtesy: Facebook Group (Devil in the form of a wh*re)

Pakistani Students May Have To Leave US Permanently If Their University Classes Go Online
Historic Verdict: IHC Allows Construction Of Hindu Temple In Islamabad
To Top