Lowari Tunnel To Be Completed By June 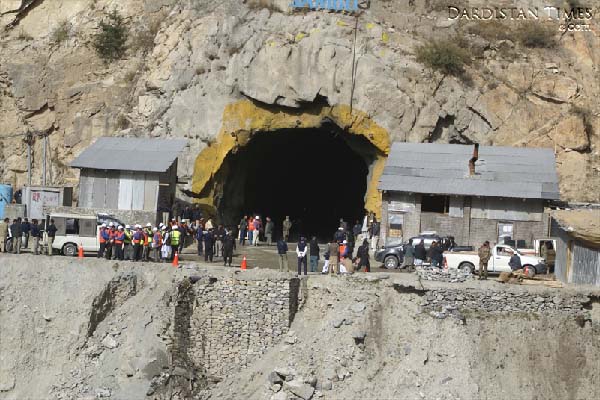 The Lowari tunnel project was nearing competition and will become operational by June, said an official of National Highway Authority (NHA) on Wednesday.

About unusual delay in the completion of the project, he said that work on Lowari tunnel project which started in Sept 2005 was supposed to be completed by 2008 and as per PC-1 it was to cost Rs 9 billion. However, its completion time was extended when the then the government decided to convert it into a road tunnel in 2009, rather than the rail tunnel as per the original plan.

He said that the recorded history shows that the Lowari Tunnel project idea was discussed in the National Assembly of Pakistan by the member from Chitral, Jaafar Ali Shahi nearly 1970s. He said work on the tunnel began for the first time in 1975 but it was stopped in 1977 after a change of the government on the pretext of lack of funds and other development priorities. The work did not resume until Sept 2005.

He said that after its conversion, work on the road tunnel continued slowly due to multiple reasons including lack of funds, issues over funds releases between NHA and Korean construction firm SAMBU and prolonged winter season.

The present government after coming to power approved additional funds for the Lowari Tunnel to ensure its completion as early as possible.
He said that after becoming fully operational, the tunnel will reduce the current 14-hour drive from Chitral to Peshawar only seven hours.

Moreover, people of Chitral have to travel through Afghanistan and then enter back into Pakistan during the winter season when Lowari Top is closed for traffic. Chitral remains virtually inaccessible during winter and the tunnel will facilitate all-weather transportation.