On Thursday, a woman in Swat shot dead her lover after he turned down her marriage proposal. Is rejecting a marriage proposal a crime? Or is it shameful for a woman to get rejected? Just as women have the right to deny, men have the right to deny. Then did the woman who feels ashamed for being rejected and killed her lover felt no shame in committing murder?

The incident took place in Barikot in the Swat district of Khyber Pakhtunkhwa. As per sources, the Barikot police have identified the victim as Hassan Ali, and the woman as Neelum. Both had been in a relationship for a long time reportedly. 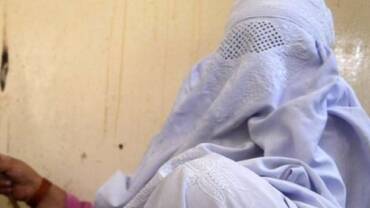 Moreover, the Barikot police investigating why a woman who was graduating could not complete her education. They are looking into what the unfavorable circumstances were that stopped her from completing it.

According to the reports, the deceased has five children while the woman also has three children of her own. Neelum, a woman who wears a shuttlecock burqa asked her lover to marry her. However, on his rejection, she shot him dead in his clothing store in Mina Bazaar.

Revenge or protection of honor?

Neelum wanted to marry Hussain Ali and reportedly, had even refused several marriage proposals from other men. However, she found out that he was cheating on her with another woman. This angered her, and then came the rejection.

According to the police, the victim Hussain Ali used to taunt Neelum’s husband that his wife is having an affair with him. As a result, she was divorced by her husband. Reportedly, she was then remarried.

In addition to this, the guy did the same with her second husband. Hussain used to provoke him by saying that he is having an affair with his wife. Although the second husband also divorced, there is no confirmation on this matter yet.

The police interrogated the woman’s father regarding this matter. He was asked whether Neelum was living with him or the second husband. As per her father, she was living with her husband, hence it is not clear if she was divorced or not.

According to the police, a few days back the woman left her kids at her father’s house and went to Rawalpindi. There is also a report that she sold her gold earrings to buy a pistol. However, now she reportedly says that she had made this up earlier as she did not want to get into any more trouble. The police believe that the gun was her husband’s and she took it from his house. 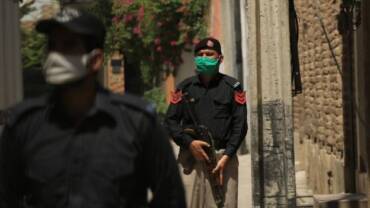 On further investigation, the police found that on the day of the incident, Neelum went to the victim’s clothing shop in Meena Bazaar wearing a light brown shuttlecock burqa. However, there were other female customers at the shop so she left.

Reportedly, later,  the woman visited his shop again. She was wearing a veil and began looking at the clothes. Amidst that, she shot her lover dead. Neelum was handed over to the police by the locals.

The case is being further investigated by the Barikot police.

Cases of love affairs and honor killings have surged in Pakistan. Just recently, a young couple was killed for honor in Chitral. Truly saddening.