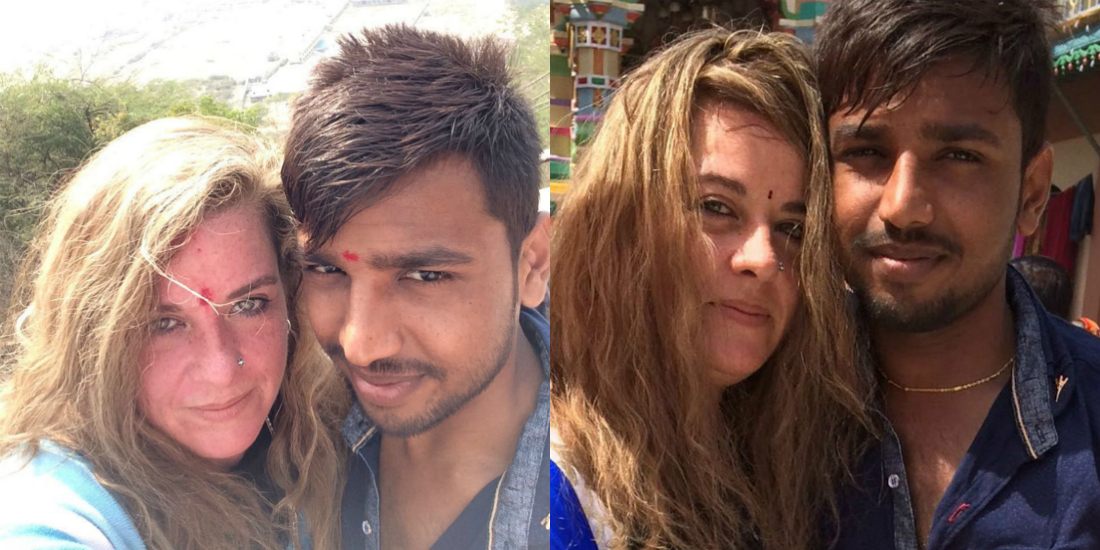 Believe me, you can never ever have seen it all! The world is turning into a global village, westernization has taken over in more ways than one can imagine. A 41-year-old American woman named Emily has left everything behind, her family, friends, comfort of life and property for a young  23-year-old Indian boy named Hritesh, who belongs to the slums of Ahmedabad, India. 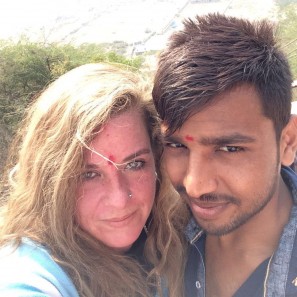 The lucky and fresh slumdog millionaire struck gold when he got in contact with a middle-aged American woman on Facebook. Emily Chavda, the American woman, was so starstruck when she talked to Hritesh, she instantly decided she was to leave everything behind in the name of love.

Butterflies yet? Emily traveled to the slums of India and fell further in love with Hritesh at first sight. Emily, who worked as a health coordinator back in Montana, US, has decided to move to India permanently after their honeymoon. Yes! They actually got married…. in India! At first, Hritesh’s family was very unsure about his and Emily’s marriage, but as they say, love conquers all – and their love was subject to acceptance and worth global news coverage. 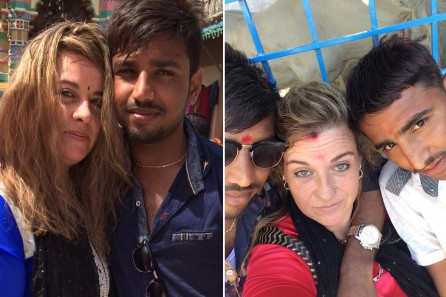 Hritesh said when he and Emily first communicated on Facebook, it was potentially hard for them to understand each other’s language and it was Google Translate that turned savior and acted as Cupid between the two.

Hritesh would write in Hindi and translate it into English, and vice versa for Emily. The relationship then advanced to Skype and video calling, where they stayed in a cyber relationship for a year – before tying the knot in Ahmedabad, India.

Their marriage took place in India and was carried out in a traditional Hindu way,  with ‘phere‘ around the fire.

Emily and Hritesh are extremely excited about their honeymoon, which is probably going to be in the United States. Emily is so in love with Hritesh, she has decided to learn the art of cooking Indian food – if that ain’t love then we don’t know what is. Hritesh’s innocence, honesty and simplicity won Emily’s heart and proved that life isn’t just about money and success, sometimes, love trumps everything.