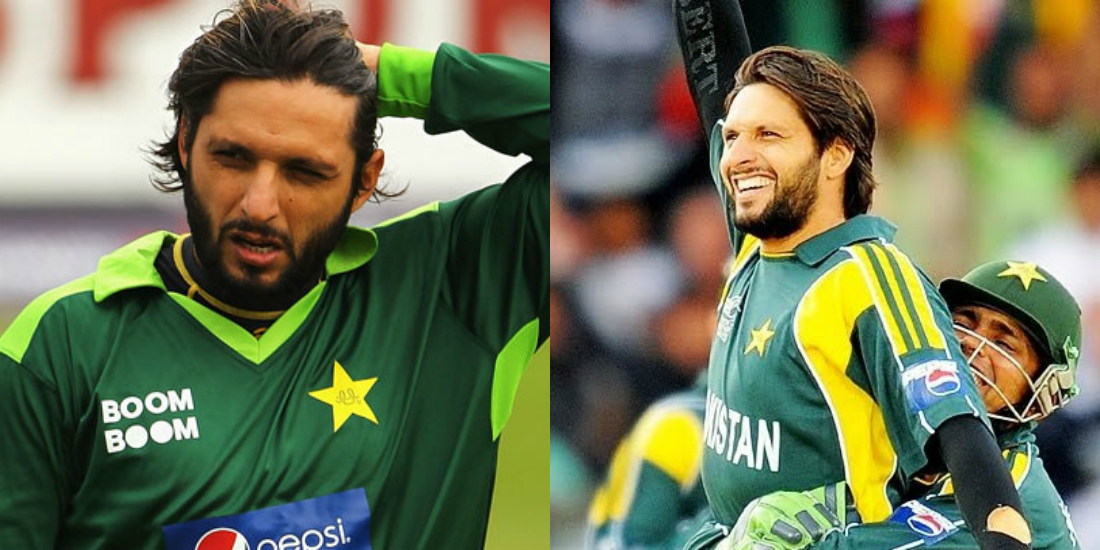 Love him or hate him, you won’t be able to forget him – that’s what you get if you had to sum Shahid Afridi’s career as a Pakistani cricketer in one sentence. He was, and will forever remain in Pakistan’s heart and history books, whether you like it or not. That Pathan from Peshawar, who came in as a young boy, will retire from all forms of international cricket soon – after a career full of several ups and downs. Shahid Khan Afridi, the only cricketer in the world who was praised for his unpredictability – even though the factors contradicts to fame in cricket. You have to be consistent and able to carry the team always. Even though Afridi wasn’t all that, he was able to make place in the world’s heart through his infamous slogging and up-the-hill strike rate while backing.

He was the perfect idol for young Pakistanis – a hyper, handsome and patriotic Pakistani who had excelled in the field of cricket. What Pakistani didn’t realize is that Afridi wasn’t just a cricketer – he was a STAR! A star that we made. A star who was a heartthrob of women, idol of young aspiring cricketers and most importantly the pride of our nation. 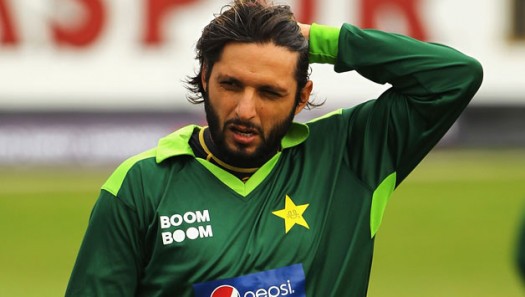 So where did we lose course and started taking him as an antagonist? The answer lies within our minds. We hyped an average cricketer to the point of no return, where he was expected to perform in every game – “Afridi will come in and change the game” – “It’s not over till Afridi walks in (or out)” – “He is the most unpredictable player, he can turn the match on its head” – yes, we destroyed Shahid Afridi, just after we made him. It’s not Afridi to blame, it’s us.

Bottom line, we created a star and we destroyed him. Afridi was a seller, the marketing agencies sold him like gold at the cost of peanuts. He became an inspiration and a model for young Pakistanis. Everybody took advantage of his glory – from the advertisers to the cricketing panel. However, the fact remains, Shahid Afridi lived a glorious life, he achieved the highest ranks of success in the field of cricket and he became a BRAND.

No matter what you say – love him or hate him, Shahid Afridi will never be forgotten.

Also see: Sher Ali Afridi, The Inspirational Pakistani Cricketer With Only One Leg

Also see: Why Everyone Considers Peshawar Zalmi As The LADLA Of PSL