The age of Coronavirus has taken a lot from us. It’s like a curse that keeps taking and taking. This young couple put their foot down and defied all odds to get married come what may.

Fatima Imam and Ali Zaid your everyday lovesick couple were busy prepping for their Shaadi set to take place in March when the unforgiving COVID-19 came knocking at the door.

Uncertainty boomed around them and they waited hoping that the impending doom passes away like a nightmare.

Alas it didn’t and all the wedding preps came to a resounding halt. With the Banquet booked, Dresses ordered, furniture made, menu finalized, they had everything a to be married couple dreams of. Who knew the universe was planning something entirely different for them. 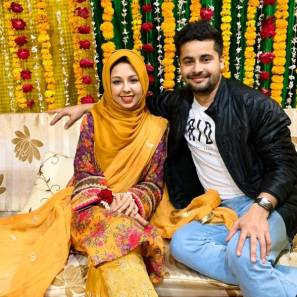 “I never wanted a big fat wedding”, says Fatima, “but being the youngest sibling your family has expectations and wishes you really can’t deny. My whole family was ready to fly in from all around the globe, their tickets were booked and suitcases were packed”.

“The only good thing was that our nikkah had already taken place last year and our whole family got to be a part of it” said Ali. 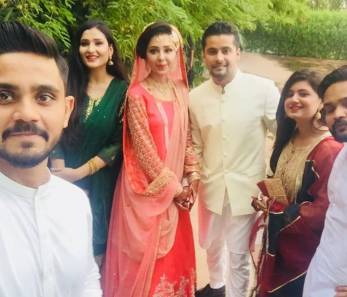 When asked why didn’t they wait it out for a few more months?

“Who knows what’s going to happen in the future, the entire timeline remains uncertain. Fatima just completed her house job after her MBBS and had ample time on her hands while I was working from home since the lockdown” said Ali.

“This gave us time to spent with each other which we may not have gotten otherwise. Also it kept all the nosey relatives away too!”  said Fatima jollity.

So how was the lockdown wedding?

“It was… eventful”, said Ali. “While we loved the small intimate gathering of our family and friends we hit a lot of speedbumps too.”

“The furniture and our event dresses were locked up at their respective showrooms and we had to make do with the things we have available at home.”

“The caterer, for example, ditched us at the last moment and we had to arrange a cook who came to our home on the same day. That was nerve-wracking, to say the least.”

“The one thing Fatima always wanted was the flower decor, and I intended on fulfilling her wish. With promising her, I set out to find flowers in ‘the lockdown’. Granted it would make a good memory for the future it was no easy feat.”

“After what seemed like a never-ending hunt I finally found a guy who charged triple the amount than usual and we ended up with a handful of strings with half-dead roses”, recalled both of them laughingly.

I wore a dress from my burey and did my makeup myself, thankfully found a Mehendi wali and friends did the photography.

It seems like a pretty nifty affair! What did you miss?

Mithaai! They both laughed. “There was no mithai to start off with. Both of us traveled in different cars. Didn’t get to walk down the aisle as planned, most of the family including my siblings were not present” said Fatima.

“But we had to make do with what we had and that was enough”, they said smilingly. 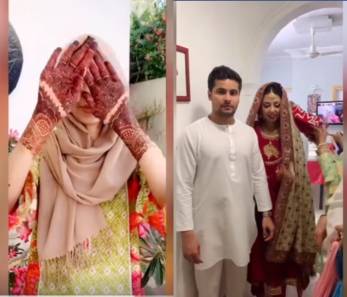 Fun part we were at home by 9 pm and had all the time for some fun and rasmein. A feat we mostly don’t get to enjoy when events end late at night. The whole family across the globe was live on zoom, all dressed for the occasion!

And if you had to change one thing among all?

“Honeymoon. Major missing that part. Because it feels we have all the time in the world yet we are unable to go anywhere. Would love to quarantine on an island somewhere! And wouldn’t mind if anyone is willing to sponsor too”, added Ali cheekily!

Lastly how does it feel to be a viral sensation?

“Honestly, we were not expecting such a response. I imagined getting sweet responses from people on my list but never thought it would go viral. It is exciting yet humbling at the same time” said Fatima.

You can watch the viral video here:

We at Parhlo wish Ali & Fatima the best in their lives. May life continues to give you both unexpected yet joyous moments in the future!