According to this Video, the 'Load wali Saba' Comes Forward after Getting Rs. 5 Lac of Mobile Balance!

“Is number pe please rs. 100 ka easy load karwade. Please please, please. Mae bohat zaroorat mae hu. ” – a message every Pakistani has received at least once in their lives. Sent by either Asma or Saba or maybe both, who are stuck in a difficult situation or in a hospital, these messages became the internet memes in Pakistan.

Everybody on the social media knew that these messages were a scam. However, as revealed by Saba herself, a lot of Pakistanis sent her mobile credit, making a total amount of Rs. 5 lac!

According to this interview on Facebook’s page, Saba comes forward because of the guilt she has. As stated by Saba, when she first sent this message, she was actually in the hospital and she really did need mobile credit.

She sent the message to a number of anonymous mobile users and they helped her out. This, however, grew a habit and she took this as a “business opportunity”. 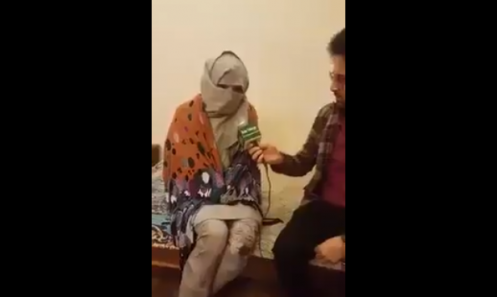 As Per her Own Words, this Made her an Entrepreneur…

Continuing her story in the interview, she revealed that since she gathered so much mobile balance, her friends advised her to start her own easy load business. While Saba used the sad story of being in trouble every time she sent messages to people asking for mobile balance, she revealed how guilty she now feels for lying.

Scamming Pakistanis for such a long time, she now feels guilty and therefore, she speaks up to apologize to everyone.

Here’s the Link to the Interview She Gave

Well, the real question is, whether this girl really is Saba or not and that we can find out if we all just stop getting these messages. Asma, however, still remains a hidden scammer.