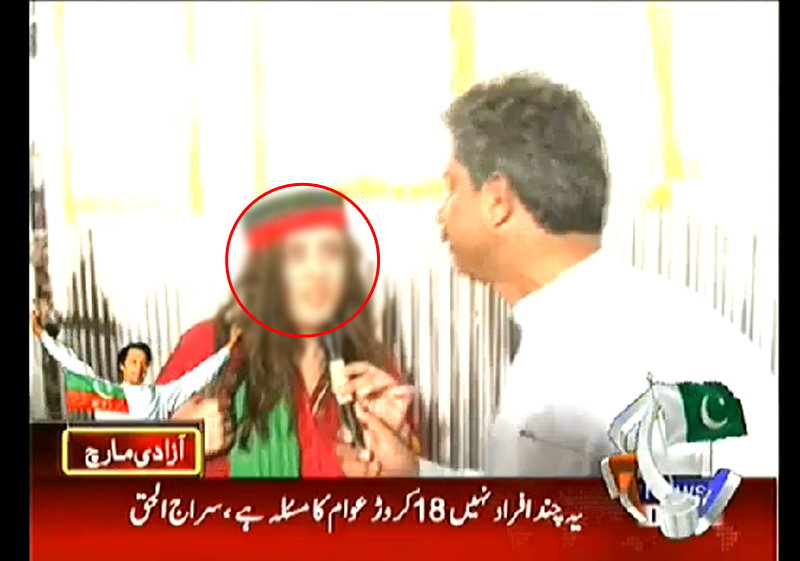 Few days ago, Imran Khan dropped a bombshell on his female following by confessing that he wants to get Independence soon so that he can get married in Naya Pakistan.

Later, it was declared to be a rumor and the hope of marrying the Captain were alive again in the hearts of those who sway to the upbeat tunes at the protest venue. Considering the strong competition felt between the aspiring brides, some do man up to confess their love for the leader who has clean sweeping since the day he set foot on the cricket pitch.

We possibly did dream of a leader so tireless that he spends days on the road and then stands with his people with the energy that increases everyday. Nothing could stop when it came to being a dream of Naya Pakistan and then actually getting people to come out of their homes to get their voice heard. Â But who would have imagined a leader getting live proposals standing on the roads on Pakistan where gossip goes around faster than news and that too political. Hear out Zoya expressing her love for the Tsunami leader who has a massive following girls after him apart from the Government.

Parliament Session Affirm The Need For A Change of Governance! Go Nawaz Go, Pakistan Screams.
You Are Not On A Diet Plan If You Do Not Feel These 8 Things!
To Top