Shaitan Is Out: Chaos Outside Liquor Stores In Larkana On Eid Amid Coronavirus

Like other world countries, Pakistan was also put under strict lockdown after the outbreak of the deadly coronavirus. But because of Ramadan and then the arrival of Eid Ul Fitr, the government decided to lift the lockdown for the nation to celebrate.

However, the evolving times and the supporting liberal conscience took full advantage of the ease in lockdown during eid days. During Ramadan, the controversial cleric Mufti Qavi claimed that alcohol is halal and people completely lost it. Well, now it seems like his statement was taken too seriously as alcohol lovers rushed to liquor stores in Sindh during eid.

In this era of social media, it is nearly impossible to hide anything from the masses, be it something social or controversial. Currently, a video from Pakistan’s Larkana area is making rounds on the internet and it is shameful. Recorded on the third day of eid outside a liquor store in the city, the short clip is gathering massive attention from all corners.

Alcohol is banned in Pakistan but the non-Muslim community can get it for their own consumption. What concerns more, is the Standard of Procedure (SOP)’s in neglection by the masses in this coronavirus period. Standing on one another, the alcoholics just wanted their ‘piece of calm’ and storm off to enjoy it to the fullest.

Pakistanis’ violating SOPs since the start

Speaking of the viral video, it was made by a local who is showing the actual face of Pakistanis shattering the government SOPs. Apparently, the liquor store is located on a narrow two way street near a market which caused an extreme traffic jam. Pointing out the issues, the local then went on criticizing the alcohol buyers on eid. 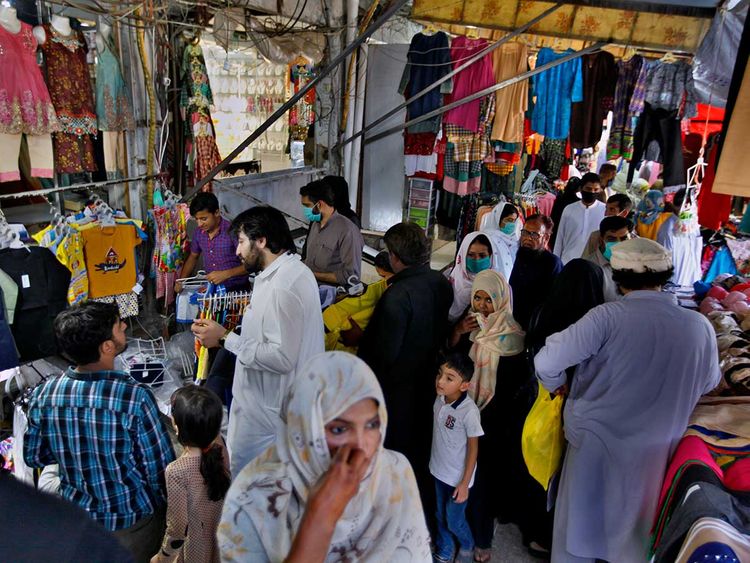 Unfortunately, shattering the directed SOPs isn’t something new in Pakistan and it doesn’t seem to change anytime soon. As per official reports, SOPs were violated on NADRA offices across Pakistan and in mosques as well. Now, rumors are that the government might impose a solid curfew after eid but there’s no confirmation yet.