This Is How Lindsay Lohan Was Humiliated By An Interviewer

Lindsay Lohan, a top-tier actress from Hollywood has gone through a spiritual revival where she claims to have been impeccably influenced by the religion of Islam and its teachings.

It all came about to everyone’s attention when the Hollywood prodigy was pictured holding a Holy Quran. Thereafter, it went viral among people of social media. Many speculations skyrocketed and assumptions were set that Lohan had embraced Islam. 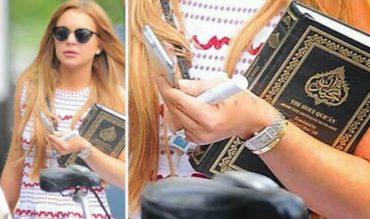 But it is still too early to deduce anything and why does it have to be? Can’t she be spared of our sheer judgments for once?

Across the globe, regardless of what their religious orientation is, people praised Lohan and said all the good things regarding how she is striving to reach to a point where her life seemingly looks better contrary to the distortion she caught up in the past.

In the latest update about Lindsay Lohan, she was seen in an interview where she was acquired about her spiritual revival. She openly talked about the Holy Quran and also mentions she fasted 3 days during Ramadan.

Watch a snippet of the interview as she talks about it:

This video also shows how we must not judge, be polite and refrain from making someone standing on such a vulnerable pivot in life make feel extremely uncomfortable, evident to the rude behavior of this interviewer. 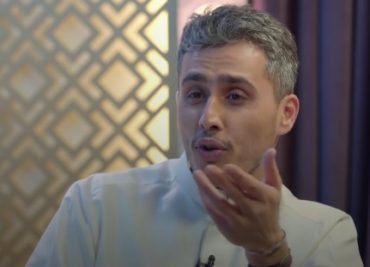 Without a doubt, you must be thinking how uncomfortable the interviewer must have made Lindsay felt. This guy is downright bullying her and it rather seems like an interrogation, let alone a healthy discussion about her spiritual experience.

Safe to say, this guy rather needs to be educated before conducting such an interview.

Anyway, it is a healthy approach on Lindsay’s part. She found a path totally astray to a decent lifestyle and switching towards this is a healthy progress. Irrespective of what religion you follow, you will at least agree that she is doing good to herself. 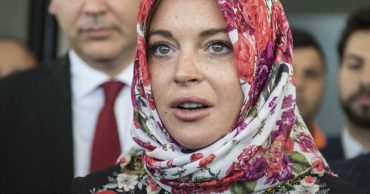 We must hold our judgments. It is extremely harsh and appallingly inhuman to start judging her for seeking attention or putting labels on her that she has converted to Islam.

She is on a spiritual journey, a prosperous one indeed that does not hold back anything good for her. She is going to come out a spiritually healthy person regardless what she settles for.

So, we must refrain from questioning her and judging her about what she is doing or if she is doing a particular thing in a way that does not satisfy our stances.

All we could do is wish her the very best of life.