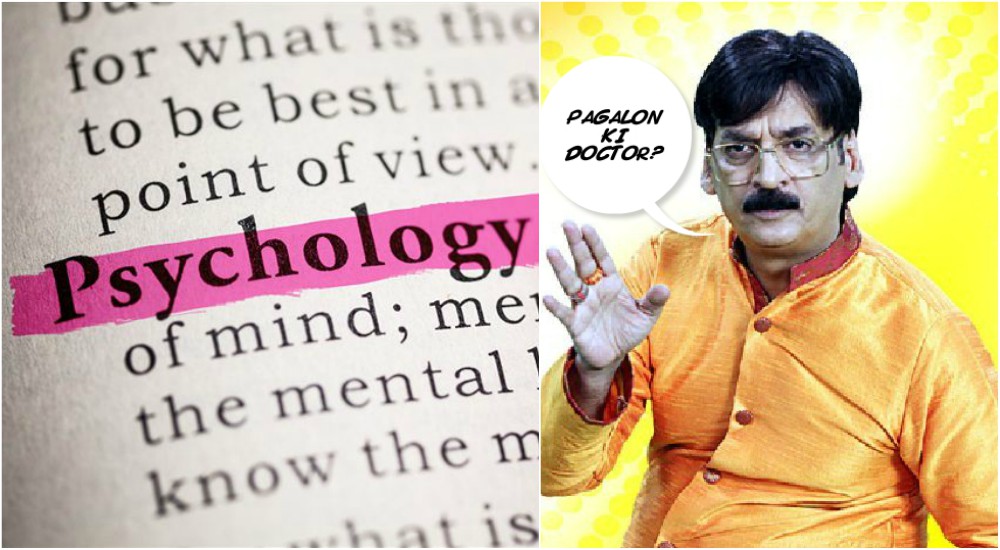 So, it’s that time of the year again! When all high school or inter graduates choose universities and the subjects they want to proceed in. Since all University formalities have almost come to an end, mine has as well. And I’m proud to say that I will be pursuing my career in a subject I have loved since the past two years.

There are always some careers that our society especially admires, for example becoming a doctor, a lawyer or an engineer. It is not considered a social norm if a student opts for a career beyond that hence those students are taunted for the rest of their lives for choosing what they love whether it includes managing a business, becoming an artist, a musician, a writer or even a psychologist. These careers are considered to be secondary in our society.

Similarly, when I was asked what I am passionate about, I told my family I’d like to opt for Psychology in Social Sciences. To which, my family appreciated but the rest, the society, all had similar expressions and had the same question, “Woh pagal logon ka jo ilaaj kartay hain?” (Those who cure the insane?)

At first, I gave it a laugh but when tried explaining, the same faces were not willing to listen. Why? Because who talks about mental health here anyway. That was when I realized the root cause of mental health issues. After some time, the very same society told me and tried to enlighten me with their “absolutely right” (read: wrong) facts. Such as, “Pagal hojaogi pagalon ka subject parh ke” (You will go mad if you study such a mad subject).

Well, fortunately, I have studied this subject for two years in A levels and didn’t go mad but in fact, became more open, more empathetic and more aware of the people and psychological issues surrounding me. It was quite a surprise to see that the society which tells me it’s a subject for the mad. It is the very same society that is affected by common psychological illnesses such as anxiety and depression.

A few weeks ago, I read an article on Parhlo that the suicide rates keep getting higher in Pakistan especially amongst the younger generation. Why is that so? Why did any of those young souls kill themselves without giving it a second thought? Even if they gave it a second thought, why didn’t they find it worthy enough to live?

The answer to this our society will give is, “Because they did not know how to face the issues life has to offer, so they just ended it” or “People have it worse, they could have survived as well”. Well, maybe in their minds they could not survive at all. It’s really easy to say this but, do we realize why these issues arise in the first place? What happened and why did it affect them so much that they gave up on life? Why did they not think about their family and friends?

These questions are easy to ask but do we realize what goes on in the person’s mind who holds a gun on his head and is ready to quit? They think it’s worthless to live. And this is what happens when the very same society does not give value to the challenges they face. The very same society that discourages mental health awareness, studying psychology or becoming a psychologist too.

Only if we could give the same importance to our mental health as much as we do to our physical health, these suicide rates could go down. To anyone who thinks we don’t need mental health awareness, look around you. Look at the maid who serves you every day. Look at the friend who stays quiet in class and keeps their head low. Look at the aged man who has no one but the memories of his past.

In fact, if you look around in your family or the whole of this country, the vast majority is facing issues that they wish could just end their life for. If you notice any of these, lend a hand. Be kind and make sure you don’t leave people unhappy. We need more of this, Pakistan needs more of this and our society needs it just as much.

And next time, anyone tells you that you are not capable of doing anything or you shouldn’t be doing something because it’s not ‘socially acceptable’, look them in the eye and tell them, ‘Watch me do it’. Because anything you love to do is always worth doing. Lastly, never tell anyone their issues are not worth talking about or are too small. Give them value, you might save a life.

10 Songs You Should Listen To Get Motivated Instantly
Pakistanis Actress Nadia Jamil Encounters Racism in England and It is Not Okay!
To Top