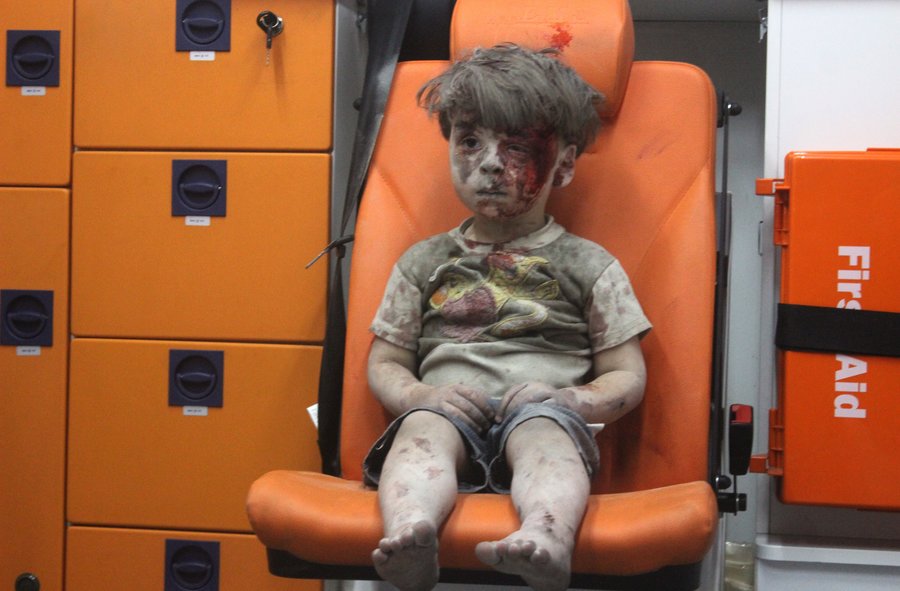 Let’s pretend nothing is happening. Act like people in another country aren’t dying, children across the globe aren’t being traumatized, parents aren’t running to hospitals as they cling to their children as they breathe for the last time. Lets pretend none of that is happening right this second. Lets pretend there’s no violence, no injustice, no cruelty. Lets pretend everything we see on the news, & every goosebumps-raising video on our Facebook timeline is just an episode of a well-scripted TV show. Lets pretend it’s not real. Lets pretend, because that makes it all so much easier.

I suppose, in a way, it isn’t a crime to ignore the brutal reality. A lot of us cope with trauma by ignoring it, tucking it away in the back of our brains, pretending it doesn’t exist. I scroll faster when I see the words ‘Syria’ or ‘Aleppo’ in a post too. I shudder, bite my lip as the guilt nags at my brain for being so ignorant. But I can’t help it. If I watched each gut-wrenching video about children in Syria being injured, or observed each violent picture, I’d be in the state I am in now, but constantly.

I, for once, decided to watch a video that showed me a glimpse of the situation in Aleppo. How bad could it be, right? It’s just a video on my Facebook wall about a little girl wearing golden bangles in a futile attempt to celebrate Eid in a war-struck city. Her father carrying her into a ruined hospital & yelling for people to get out the way. Her stomach rising & falling rapidly as she struggles to breathe. Blood flowing from her forehead, towards her cheeks. & gosh, oh gosh, her cries. Her soft, low, trembling voice, expressing the pain she was in. It wasn’t all that bad, right?

Wrong. Her crying voice kept ringing in my brain hours after I’d scrolled past the video, overlooking relatable memes and Tumbler text post screenshots. Nothing settled in my brain after I heard that beautiful girl’s cries & saw blood dripping from her forehead. I knew it wasn’t my fault really, but that didn’t stop my throat from closing up with guilt. I felt like I’d done something wrong, so wrong, that it led to the blood on that child’s forehead. I felt like every second I was breathing, I was at fault.

I’ve decided that I, along with everyone else who feels helpless, need to start raising my voice against this injustice. Fight, riot, rebel. Stand up for the innocent civilians who are too weak to stand up for themselves. It is our duty to raise our voices while the rest of the world is quiet about it. Scream louder, until they have no choice but to listen to us. If you’re reading this, please talk about what’s happening in Syria. Talk about it, make others talk about it. Start the rebellion against the violence & cruelty. Be the change you wish to see in the world. Be the revolution.

Dacoits Attacked This Man From Lahore on Motorway, The Way Police Reacted Will Leave You Speechless
We—–the nincompoops!
To Top