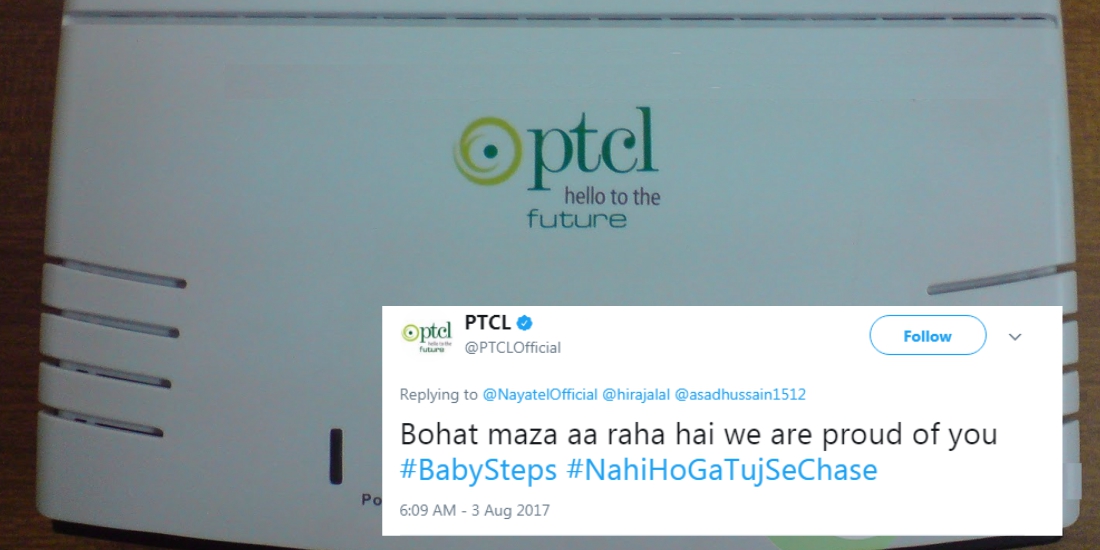 Social media can easily be compared with a hurricane which just came and took over the world instantly. The world without social media is now considered to be as an era of Stone Age where people are totally unaware of what’s going on in the outside world. With all perk that it has, it has proven to be a blessing for all the brands or a prayer that at least has been answered by God to publicize their content and to get their voice out to as many people as they can. Now, after several years of having social media accessibility, we have entered the world of trends and who ever rules them are presumed to be the ruling brand in the world.

Recently, we witnessed the cold war of chai versus everything be it coffee, cold drink etc. They had a tough arm wrestle on social media to prove that their brand is the best and why should you buy it. It is not the first time that we Pakistanis have witnessed such an incident. Social media is just the perfect forum to let the people know about the secret ingredient of your product and there it goes, it spreads like a wildfire which takes over everyone’s mind. To be very honest, that is exactly what the brands want.

In this race of brands, PTCL has always been criticized and bashed for having slow internet connection but this time, they have proved that their Twitter game is stronger than their internet connection. LOL. To make it even more interesting, a Twitterati tweeted about the recent topic of Pakistan which has been making headlines about Ayesha Gulalai’s accusation on Imran Khan but he involved PTCL in his tweet to add some spice.

Which later on turned into a race for brand between PTCL and NayaTel when another Twitterati added: 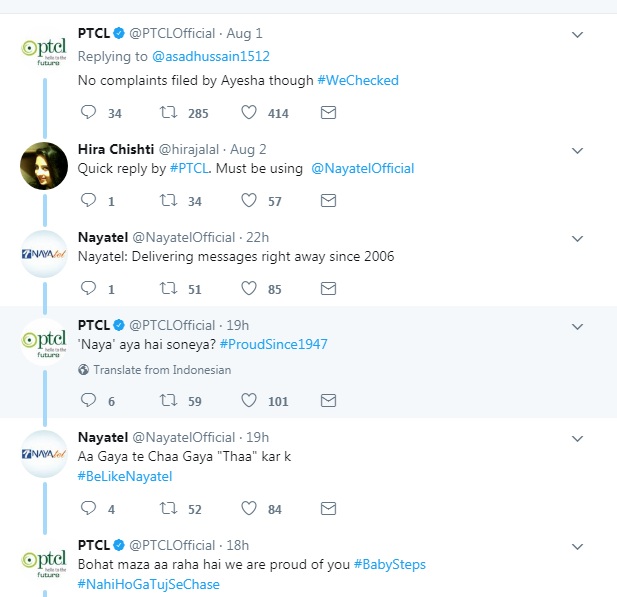 Which later on turned into a race for brand between PTCL and NayaTel when another Twitterati added.

It took the race to next level where PTCL totally nailed it by proving their point in the best way possible. They proved everyone wrong by coming back like a boss and trolling Nayatel.

Zarnish Naveed Abduction – Here’s the Update We All Have Been Waiting for
PTI’s Naeem Ul Haq Revealed He Discussed Marriage with Ayesha Gulalai and Later Deleted the Tweets!
To Top