Pakistani dramas were considered as lessons for Indian theater students in the late ’90s due to their prominent scripts. Anwar Maqsood, Haseena Moin, and Ashfaq Ahmed were among those writers who brought social issues to the mini screen and made Pakistani serials distinctive from others.

This tradition of highlighting social issues in our dramas is still alive. Many of the serials like Kala Jadu, Sange Mar Maar, Nazre Bad are based on the true norms and values of our society. After social issues, taboos of our society like child abuse, rape, third gender have also been brought to the screen in the past few years on which society’s reactions differed.

Recently, HUM TV broadcast a 40-minute long episode of its weekly telefilm ‘Kitni girhen baaki hain’, and the telefilm was named ‘Chewing Gum’, which was based on female homosexuality, i.e lesbians. Thus, exploring another taboo of Pakistani society in which Sania Saeed, Farah Shah performed as lesbian lovers, while Ejaz Aslam played the role of Sania’s husband.

Angeline Malik, the director, and producer of the telefilm has always brought such issues to the screen and is being appreciated for it. Her short telefilms create a buzz and a long lasting impact. Pegham e Ishq, Umeed e Nau, and Zara Si Aurat are some of them. The boldness in Angeline’s drama plots, however, is not appreciated by many critics. 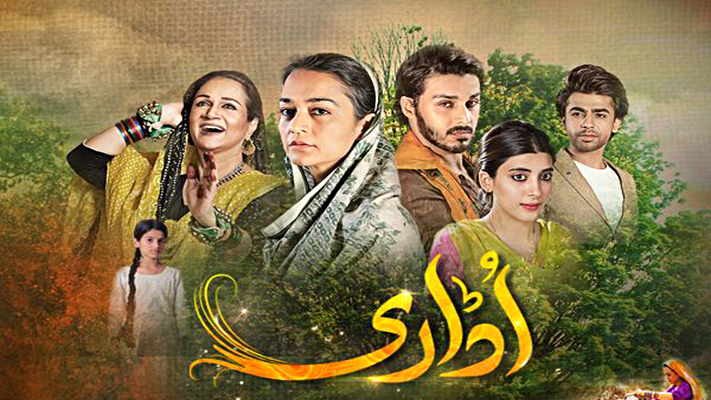 The effort to do something new is not always appreciated by the Pakistani audience, we all have witnessed the PEMRA ban on Udaari – a serial on child abuse. In the past, many Pakistani serials have tried to show male homosexuality but this is the first time that any serial dared to bring forth such an idea.

However, the brilliant performance of our versatile actors, Farah Shah, Sania Saeed, and Ejaz Aslam in this controversial subject serial was as good as always. People also noticed the transformation of Farah Shah in the telefilm and are getting obsessed with it.

Anwar Maqsood – script writer and satirist once said, “The fall of Pakistani drama is as poignant and powerful as the fall of the Roman Empire.But, when things get completely destroyed, hope emerges from the ashes.”

New producers are trying to follow footprints and create the best content for the audience, pulling in taboo topics that are present in our society. How do you see this innovation in Pakistani dramas? Is it good or not?

The Untimely Departure Of Mahnoor Shabir Teaches Us How Unpredictable Life Can Be
These Ultra-Talented SFX Artists From Pakistan Are Inspiring Everyone!
To Top