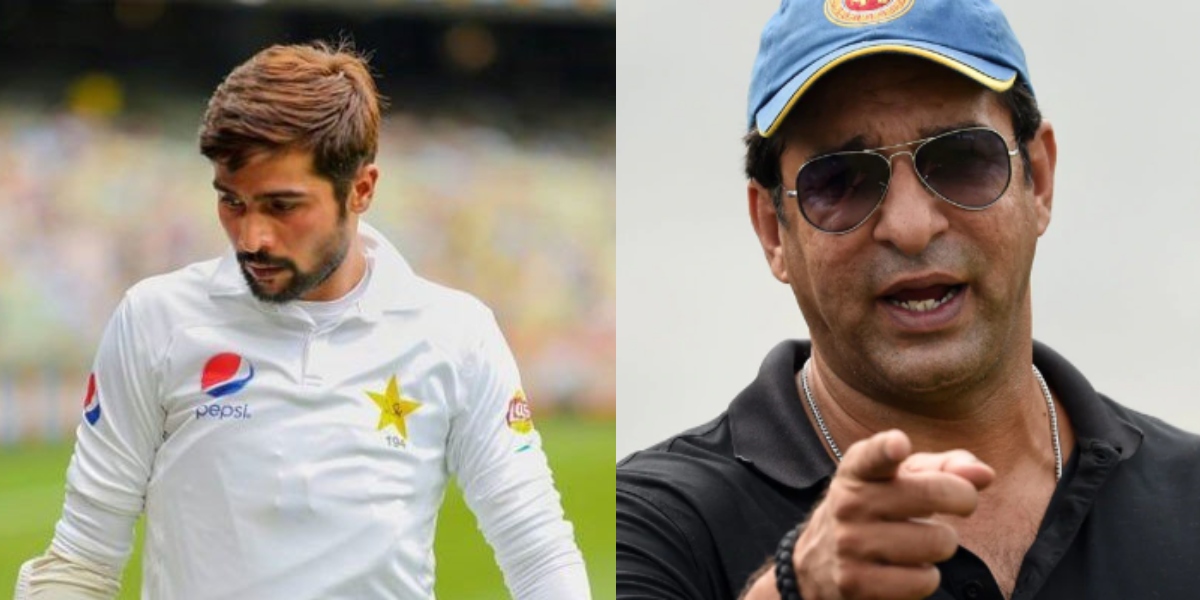 Cricket in Pakistan has been going through way too many ups and downs, earlier. Through all the mistakes made, the team managed to almost qualify the game. And lead people to believe that the good days are coming again. But we didn’t get to celebrate our high hopes for long. With the retirement of Mohammad Amir, the highest wicket-taker of World Cup 2019, at the age of 27 from test cricket, the twitter got loaded with shock responses.

Mohammad Amir was one of the young players who the Pakistanis were proud of. Having him as a part of the team surely added some weight. Since his skill on the field made every opponent player nervous. However, he states that it was a difficult decision for him to take. But he had been considering it for a long time. Amir further added that he wanted to focus on white-ball cricket more.

Also Read: World Cup 2019: What Will Take Pakistan To The Semi-Finals?

He explained the whole retirement decision to his fans through a video posted on YouTube. Although PCB was the one to publish his initial statement.

Thank you PCB, our PM @ImranKhanPTI @wasimakramlive bhi @SAfridiOfficial bhi @waqyounis99 & @yousaf1788. Thank you and my fans for always supporting me and I hope you all will support my this decision also.see video link https://t.co/BbAYzPbncl

The fast bowler told the main reason for his retirement was the five-year gap that he had to take because of the spot-fixing ban. He then thanked the PCB for giving him the opportunity to wear the golden star on his chest.

Despite his whole explanation, people aren’t satisfied that it was a good decision for Amir to take. As he right now is in the age when cricketers are at their peak.

The Whole Nation Sharing The Grief Of Amir’s Retirement

Amir has had the heart of the nation long before he rejoined cricket after a 5-year-long ban. So, listening to the retirement news of our 27-year-old star broke the hearts of a huge number of people. They started posting tweets of disappointment after listening to this news.

A Fan made a pole for Amir if his decision is right or wrong.

Mohammad Amir has announced his retirement from Test cricket, do you agree with his decision?

Some just used memes to express their reaction on the news

Also Read: From Disgraced Traitor To National Hero – The Revival Of Mohammad Amir

We could spot a few calling him selfish for that decision too.

Possibly the most selfish player of all time. Pakistan gave him a second chance after coming back from spot fixing scandal, no other country would have done that.This is how you payback to your country @iamamirofficial by retiring at 27 and playing for T20 leagues ? #MohammadAmir pic.twitter.com/Jnd4wd0zVP

While some others backed his decision by giving their own judgments

I don’t blame Mohammad Amir for retiring from test matches. He’s been treated badly by clueless selectors who constantly left him out of test squads.

The list of disappointed faces also counts some of the cricket legends of all times.

Shoaib Akhtar is confused “What is even happening to Pakistan Cricket Team?”

The legendary bowler shared a video on his youtube channel where he discusses Amir’s early retirement from test cricket. He asserts how can a 27-year-old player retire when Pakistan has made so much investment in him. Further, expressing confusion he said that he is thoroughly disappointed by Amirs decision.

Verified#MohammadAmir resigns from International Test Series at just 27.
Are Hasan Ali and Wahab Riaz next?

The international player and world-class commentator said the team needs him. Moreover, the former cricketer was shocked at the fact that Amir took retirement in the age when a cricketer is at his peak.

To me Mohammad Amir retiring from Test cricket is a bit surprising because you peak at 27-28 and Test cricket is where you are judged against the best, it’s the ultimate format. Pakistan will need him in two Tests in Australia and then three in England.

The two legends took the retirement news of Mohammad Amir rather positively and posted an uplifting tweet for him.

All the best with your white ball cricket @iamamirofficial

Congratulations on your Test career Amir! I think you have taken a good decision, you can play white ball cricket for many years and serve Pakistan cricket. U bowled some match winning spells in Test cricket which will be remembered for a long time. All the best for the future https://t.co/mJc9kKSYfp

Anyhow, Amir surely was one of our bests. And his presence in even one form of cricket would be gravely missed by his fans.

What is your take on Amir’s retirement? Let us know in the comments.

A Female Student From University Of Peshawar Took Her Professor To Court For Allegedly Sexually Harassing Her!
24-Years-Old Aniba Khan Was Declined A Job In SBP Because Of The Quota System And This Is Not Fair!
To Top