It was the day when a young nation in its teens defeated a mammoth enemy. It was the day when faith and unity combined to do the unthinkable. The day when a five times larger enemy had to run away. The day when the famous wish of drinking in Lahore was not fulfilled. The day when Pakistani armed forces defended its country from the enemy’s evil wishes. That was the 6th of September 1965. Today, we commemorate the historic day with passion, with Jazba and with Junoon.

It was a war when India made moves into Pakistan via Lahore, and Pakistani forces with the support of its public decided to quash the enemy’s nefarious plans. The enemy entered Lahore, moved in with its numerous tanks, jets and ground forces. It was huge battle. The largest tank battle after WW2. Pakistanis from all walks of lives came behind their forces and did what enemy could never have imagined.

Play this as you continue reading below:


The valour and courage of Pakistani forces in the battle is unforgettable. It was a battle when thousands of Pakistani soldiers laid their lives for the safety of their land. Their sacrifices cannot be matched with words. Words will never be enough to thank them.

Here are some of the many legends of this battle whom the soil of this land pays its Salams and Salutes:

He was a man of steel. He was Squadron Leader Sarfaraz Ahmed Rafiqui Shaheed who was awarded Sitara-e-Jurat and Hilal-i-Jurat. He was leading a formation of F-86 Jets and stayed in the battlefield even though his guns stopped firing as they jammed due to a defect. He ordered his Number 2 to take the lead while he kept on trying to protect the formation with an unarmed aircraft. As much as possible, he disregarded the inevitable and embraced martyrdom but not before making sure his formation shot down 3 more enemy jets.

Flt Lt Yunus Hussain Shaheed, like his counterparts, refused to leave the battle even though his jet was damaged. He fought 6 enemy aircraft and shot down 2 of them. His valor got him the award of Sitara e Jurrat. 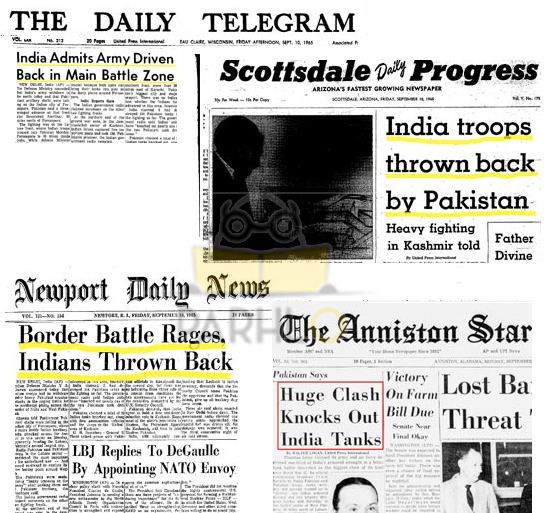 And then there was the man who has made sure his name will be written with golden letters on the in the history of Pakistan. Squadron Leader (Now Air Cdr. retd.) M. M. Alam. He was flying the F-86 Sabre Jet and on the 6th of September 1965 shot down two enemy jets and damaged three. The next day, on September 7th, enemy again faced Alam’s wrath. It had to suffer losses of 9 aircrafts and two others were damaged by the single man MM Alam. Altogether he hit 11 aircrafts and downed 5 aircrafts in 60 seconds; that’s one aircraft every 12 seconds! A world record till today. That valor and skill got him the award of Sitara-e-Jurrat.

It was a day that will never be forgotten. The day when enemy truly faced what Pakistanis could do when it came to their land. It was a day when Pakistan was a young country. It was when enemy battled Pakistan in Pakistan and couldn’t create the kind of civil war it had created in East Pakistan a few years later. It’s a day that reminds us that when unity and faith combine with discipline, no power on Earth can undo Pakistan. So stay united. Stay behind your army. Keep bleeding green!

These Girls Took It To The Streets of Lahore and Did Something No One Ever Expected
[QUIZ]-How Well Do You Know Pakistan Army?
To Top