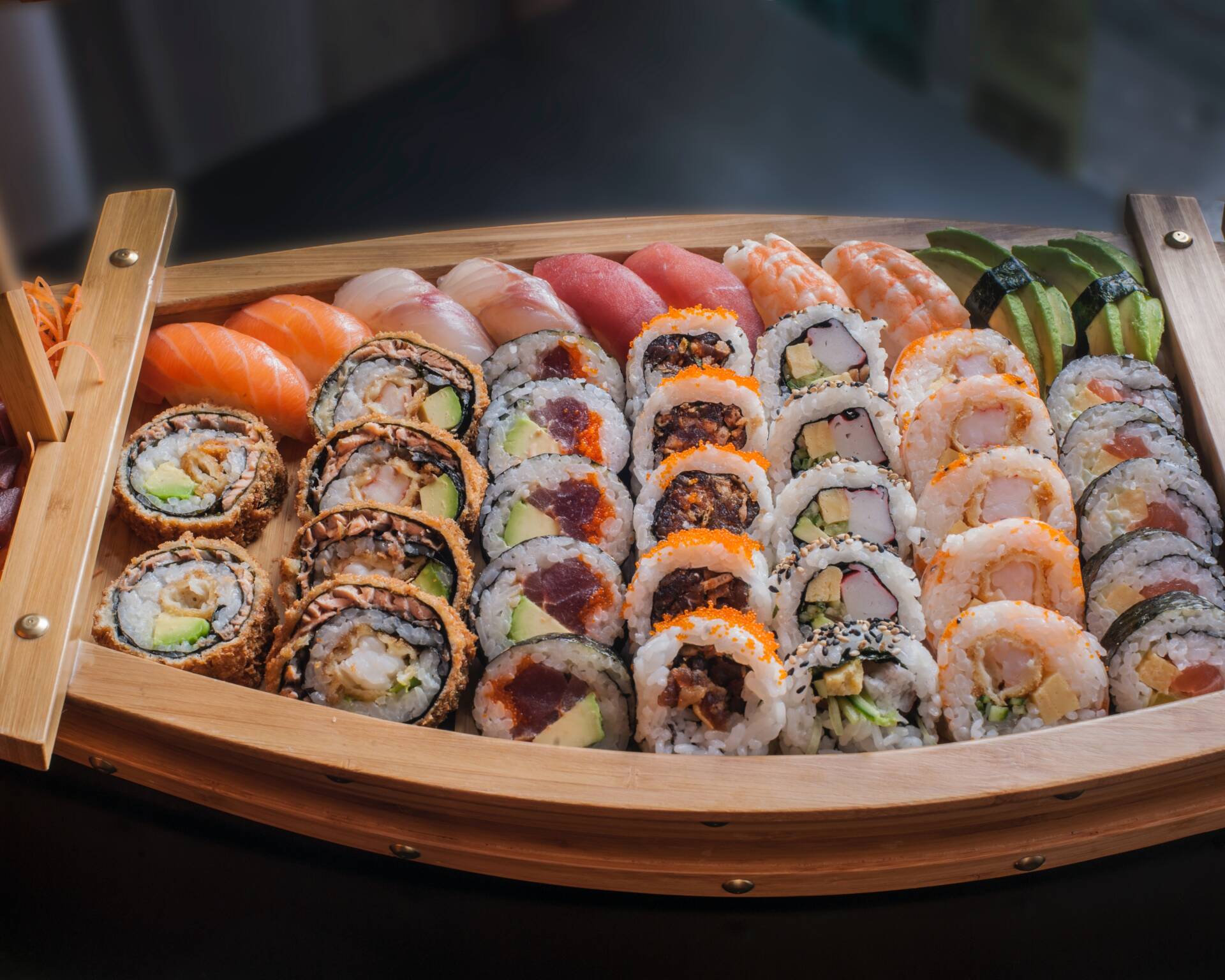 Enjoy Sushi-rice at home now! Learning how to make sushi rice at home can never have been this easy!

Also, despite the conflicts, it’s completely halal (at least the one in Pakistan is), just like some other halal foods that we might think are haram!

Sushi originally belonged to China. Typically fish was fermented with rice and water for long term use as preservation and prevention from flies. It is served by discarding the rice, and only fish is used to eat. This fermented fish can be eaten or stored for up to a year or so termed as a sushi rice dish. Previously it wasn’t a fancy dish wrapped with rice; rice wasn’t even a concern back then but only to preserve the great “narezushi.”

In the seventh century, the Japanese used sushi and other seafood as their staple (essential food used as daily intake is known as a staple). By the seventeen century, they used a different method of sushi making that didn’t require any preservation.

“While many think of sushi as raw fish, it refers to a dish made of vinegar rice served with various fillings and toppings which includes raw fish.”

Each culture brings some exceptional values from its rich blend of culture and technique. Japanese culture brings a different set of benefits as compared to what usually the Middle East is used to. Japanese cuisine gives us insights into their lifestyle and how they figure out how to keep such reliable and fit bodies while having a tranquil perspective and calm day by day life.

Long story short, our very own sushi is artful courtesy of Japanese.

Sushi is a favorite of many. This is what makes sushi a popular cuisine in some of the world’s famous food diaries. The dedication of sushi lovers has compelled the restaurant owners to start a sushi buffet service. And many people try it in their kitchens as well.

Let’s get our hands on the perfect sushi rice that has many health benefits.

How to Make Sushi Rice

So, how do you make sushi in 5 steps?

Not so long rice for sushi is required, which we use in our biryani, pulao the perfect kind of rice but short-grain rice readily available in markets.

So, Can you make sushi with regular rice? Usually, rice is covered with white powder, which needs to be rinsed off during wash. You can leave the rice in a bowl with some water for some time or run some tap water over the rice multiple times to make sure that no powdery part is left.

After cleaning the rice properly, mix rice and water equally in a pan, not a frying pan, a nice bottom saucepan, bring the rice to boil, then cover it with a lid.

Now you have plain rice mixture, season it with rice vinegar old Japanese method, or make seasoning of your own or buy some from the marketplace.

Seasoning them with the right amount, gently place them in a bowl. It would be great if you put them in a wooden as the taste of vinegar combine with a metal bowl might give a tangy flavor. And use a nice spoon for transferring it to the serving dish.

How to Tell Which One is Which?

Know the difference between each form of your sushi.

Nigiri consists of a slice of either raw or cooked fish, which is served with a ball of over pressed vinegar rice. Nigiri isn’t rolled and is often served with toasted seaweed or a small amount of wasabi.

Sashimi is also raw fresh fish slices but without rice or seaweed. The presentation of sashimi is simple, but its procedure is complicated.

The one served as the roll is called Maki. Any variety of seaweed-wrapped roll is Maki. It is fish, vegetables, and rice layered and rolled up in seaweed. It can be served both cooked and raw.

If the rice is outside, it’s uramaki. If the fresh fish and other ingredients are hand-rolled into a cone shape, it’s temaki.

As the world turns out to be progressively open to cultural exchanges, we get to celebrate diversity. And make the most of the considerable number of chances it carries with it. The blend of cultures in a large city is an exciting environment. It’s changing our ways of life. And that’s how Japanese cuisine is becoming a part of our dining tables and can be seen in menu cards as sushi that benefits our health.

Sushi is not just a traditional food that comes in different styles but has many health benefits as well.

Since it’s a good source of iodine, it can be included in the diet of hypothyroidism (a condition in which thyroid glands aren’t able to produce enough specific hormones), and iodine deficiency causes dizziness, loss of energy.

And many other nutrients are for instance, calcium, iron, protein, omega 3, and other essential nutrients. If added to our diet, make a perfect balance for weight management.

Hence, it has to be said that it is recommended for those who are looking for a protein-rich diet. Having sushi is a flavorful experience.

Now that you know how to make sushi rice, it’ll be easy for you to have sushi every frequently!

65-Year-Old Czech Woman Lands In Pakistan To Marry Her 23-Year-Old Love
How to Deactivate Instagram to Activate Your Real Life!
To Top