Lawyers On Strike For Their Arrest In PIC Rampage|Parhlo.com 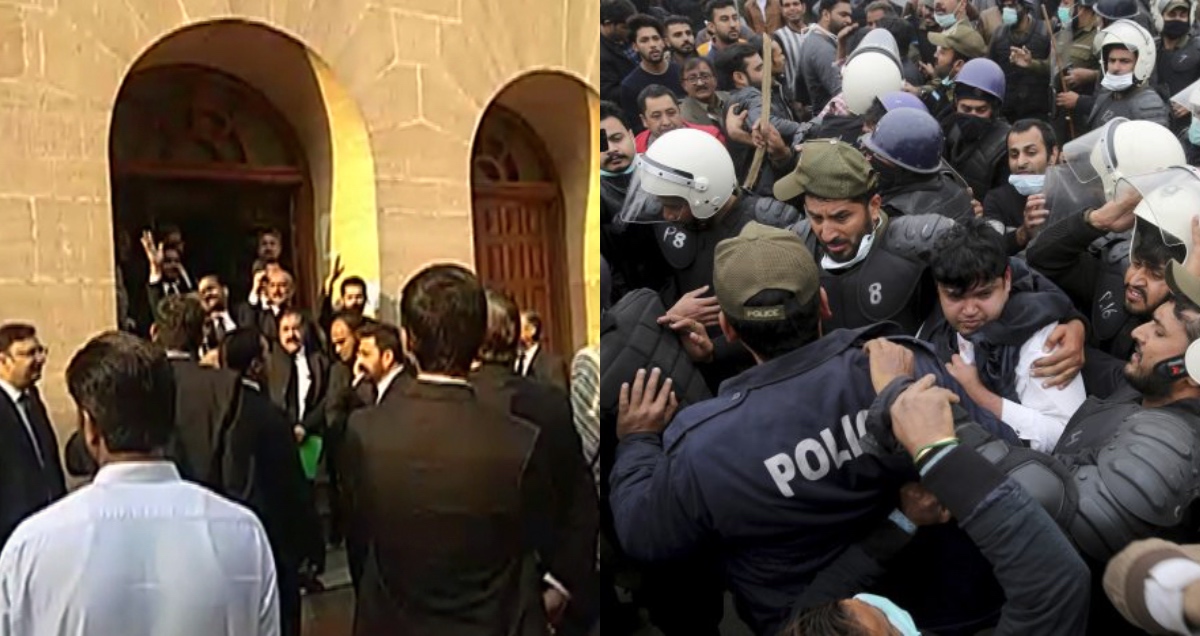 On Friday, lawyers across Pakistan, are boycotting courts to protest. Primarily, lawyers are striking for the registration of cases against those lawyers who were detained for their engagement in the incident at Lahore’s Punjab Institute of Cardiology (PIC).

Moreover, the legal bodies of lawyers are asking for the “immediate release” of arrested lawyers. Reportedly, the Pakistan Bar Council called for the strike. 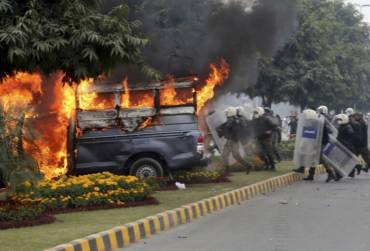 The lawyers’ joint action committee said that lawyers will not arrive in courts today. Additionally, they alleged that the police is torturing the arrested lawyers. Besides, they asked for the immediate release. of lawyers.

Additionally, the Supreme Court Bar Association of Pakistan (SCBAP) and several local bar associations have called for a strike.

According to reports, police detained 81 protesters. An anti-terrorism court in Lahore sent over 46 of detainees on judicial remand and didn’t allow police for physical remand of attackers of PIC. Reportedly, the Shadman police had registered two FIRs against 200-250 lawyers.

In a statement, the SCBAP announced the bar association “through a unanimous resolution strongly rejects and condemns the unlawful allegations posed on [the] legal fraternity.”

The statement read, “SCBAP down rightly discards the allegations regarding direct involvement of lawyers community attacking the said hospital rather the lawyers’ community gathered outside the PIC building to record peaceful protest against the unwarranted speech from the goons that have been hiding in the ranks of medical community that was the root cause of the reaction which provoked the whole legal fraternity.”

Besides, the SCBAP showed its concern over the illegal arrests of lawyers and “torture […] during their detention and inhumane behavior with them by the Punjab police”. 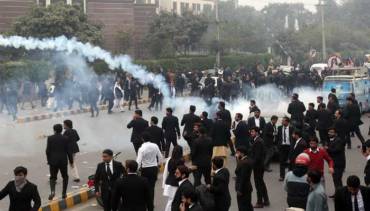 Former Supreme Court Bar Association president Hamid Khan reprobated the PIC incident, stating it was “nothing short of a national tragedy”. He said,“it is perhaps not right to put all the blame for the incident on the lawyers.”

Moreover, Khan told that the administration had left the affair regarding the lawyers and doctors pending for many days.

“Because of its neglect, the government [let] the matter escalate,” Hamid said.

Furthermore, Hamid said, “Some powers want to destroy the legal community and bring dictatorship in the country,”

Khan condemned the embarrassment caused to lawyers by presenting lawyers in the anti-terrorism court and the step was taken against the Islamabad High Court Bar Association secretary-general.  Plus, Hamid, demanded the immediate release of all detained lawyers.

Certainly, the incident at Lahore’s Punjab Institute of Cardiology (PIC) was a bad chapter in Pakistan’s history. Lawyers had taken law in their hands. Furthermore, the educated class of Pakistan was behaving worse than the animals. To sum up, may the culprits get what they deserve.

Rumors Of Altaf Hussain Converting To Hinduism Have Made Many Angry!
Times Square Is Showcasing Ali Sethi On 13 Screens For A Whole Week!
To Top