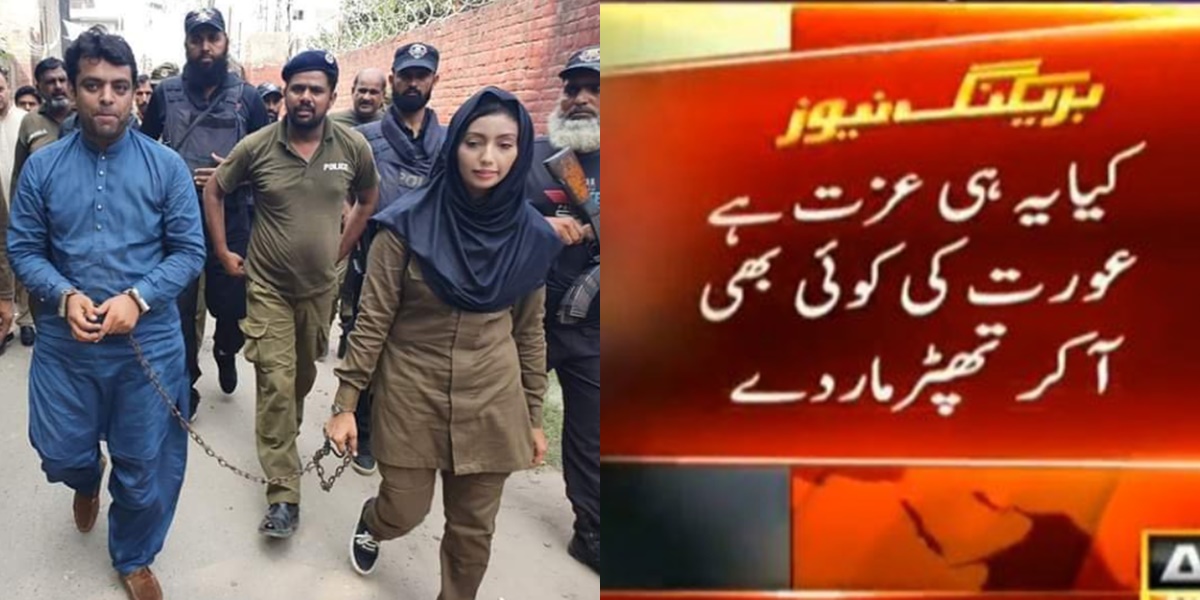 The past few days on the social media have been horrific. From a young school-going boy killed by his teacher to a police officer misbehaving with an elderly woman in Lahore, we are seeing all sorts of news on social media that break our hearts.

Faiza Nawaz was the one who arrested Ahmed Mukhtar and walked him to the courts.

Picture of the day… Lawyer who slapped the lady constable for stopping him on wrong parking is being produced in court by the same lady, handcuffed. pic.twitter.com/SdkCCsaCER

A lawyer who slapped a lady constable in Ferzowala arrested and presented to Court by the same LADY CONSTABLE. pic.twitter.com/dAHW6NIhcG

The Picture Was Making Rounds on Social Media

A handcuffed lawyer who slapped a lady constable yesterday is being taken to court by same lady constable. #RuleOfLaw#PakistanZindabad#DefenseDay pic.twitter.com/rBaPIwqZrH

So, lawyers protest against arrest of fellow WHO SLAPPED A LADY COP. Some of them would be telling us how martyrs of Karbala took a stand for truth & sacrificed their lives but yes THEIR BOND WITH FELLOW LAWYER is strong so why to learn lessons from Karbala and take a stand pic.twitter.com/DZSrmtGPOG

However, this crime did not come to an end we all might have hoped for.

Ahmed Mukthar Was Released from the Authorities Due to Legal Errors

On Saturday, the suspect was released by the court as the name on the FIR was misspelled as Ahmed Iftekhar. After slapping the woman in broad daylight, the man was released due to an error in the FIR.

The constable, Faiza Nawaz has appealed to President Arif Alvi and Chief Justice Asif Saeed Khosa to take immediate notice of the injustice.

Here’s the Video of Her Appeal

This indeed disappointing to see that regardless of what a woman may do, she may never see her assaulter behind bars.

Hope justice system looks into this matter and sets an example in this case so man would ever take it upon himself to a slap a woman who is doing her duty.