Without a doubt, Pakistan is blessed with some of the most talented artists, who are better known as the national asset. Apparently, the globally acclaimed pop singer Abrar Ul Haq is among the ‘proud’ list but is currently facing the court. Well, recently, a petition has been filed against Abrar Ul Haq’s latest wedding single “Chamkeeli” which has now crossed the four million views milestone on YouTube.

Since the release of his debut hit song “Billo De Ghar” in 1995, the singer has provided some of the famous melodious compositions till now. However, actress Mehwish Hayat featured in Abrar Ul Haq’s newest “Chamkeeli” with YouTuber Shahveer Jafry. Reportedly, this week, a lawyer has filed a petition against Abrar Ul Haq’s latest song “Chamkeeli” calling it ‘disrespectful’ for the masses.

Check out the wedding song from the “King of Pakistani Pop“!

Apparently, the song is based on a wedding where the bride is the groom and groom is the bride. Didn’t get it? Well, in the music video, the megastar Mehwish Hayat, the bride, is seen arriving with all the baratis and the band at her own wedding. While Shahveer Jafry is playing along as a nervous and agitated groom already sitting on the couch waiting for her ‘full of life’ partner to reach.

A lawyer found the song ‘disrespectful’ and ‘insulting’!

However, the power-packed entertaining song is lighting up the ongoing wedding season in the country for now. According to media reports, on Wednesday, lawyer Rana Adnan Asghar has filed a plea against Abrar Ul Haq’s “Chamkeeli” in a civil court. Reasoning it to be a ‘disrespectful’ and ‘insulting’ content for both men and women, the lawyer urged the court to remove it from YouTube as well.

From the time “Chamkeeli” got released till today, the music video has received an outstanding viewership on YouTube. To be precise, the song currently has more than four million views gathered in less than a month. However, the track was released by Abrar Ul Haq on his official YouTube channel on December 7th, 2019.

Abrar Ul Haq still to comment on the filed plea!

As of now, the singer, Abrar Ul Haq himself has not made any comment yet on the petition filed. Media reports say that the hearing of the “Chamkeeli” case has been adjourned till 20th December. Undoubtedly, the song is yet another masterpiece from the Pakistani pop singer and has become a performing track for the nationwide weddings. 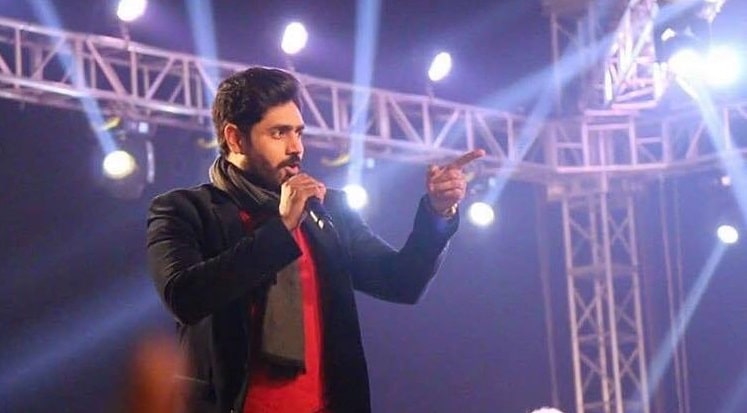 Well, Abrar Ul Haq is serving the country’s music industry since the mid-’90s and is still going strong. Previously, Coke Studio Season 12’s two songs were taken down for copyright issues including Abrar Ul Haq’s “Billo De Ghar”. About the latest “Chamkeeli”, the lyrical song is massively getting liked and fans are hoping that it doesn’t get removed from YouTube.

Have you listened to “Chamkeeli”? Let us know in the comments section below!