Recently, CPO Faislabad, Sohal Ahmed shot dead four child abusers in an encounter. After that, people in Pakistan praised the gallant officer for his brave act. However, now a lawyer named advocate Malik Zeeshan filed a murder petition against the respected CPO in the court.

As per reports, CPO Faisalabad Sohail Ahmad Chaudhry gun downed four child abusers who put through a 5-year-old child to monstrousness. According to the police, armed gunfighter opened fire on police amidst a raid.

The police carried out the raid to apprehend the two culprits in a 5-year-old child’s sexual assault case. Upon counter-attack, police shot both the accused and the two who attempted to disrupt the raid. The rapists have been identified as Shahbaz and Umer. 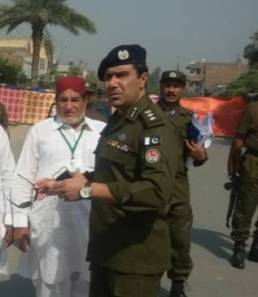 According to the police, three muggers successfully flee the site, while a total of four were gun downed.  People have been praising the CPO after the news broke on social media. Rumourdely, it is being considered that the CPO killed all four in a staged ‘encounter’ owing to the weak judicial system.

“Not all superheroes wear capes”
This is CPO Faisalabad Capt (R) Sohail Chaudhry.
He shot(dead) 2 rapists and murderers named Umair and Ghulam Abbas who raped and killed a 5 year old boy. I swear to Allah, we need more officers like him ♥️ pic.twitter.com/VjZWLA0EeW

Murder Petition Against the CPO

Besides, following the petition people on social media made a huge hue and cry against the advocate and supported the CPO.

She is demanding to shot the lawyer too

Because of these advocated, our law is weak

Some saying the lawyer resembles a dog..

People asking did the court do anything good til day?

People asking to encounter the lawyers as well

Above all, the police’s stance is clear regarding the encounter, so no case will move up against the respected CPO Sohail Ahmed. Moreover, the reactions of people sum up what they want in Pakistani society against criminals.