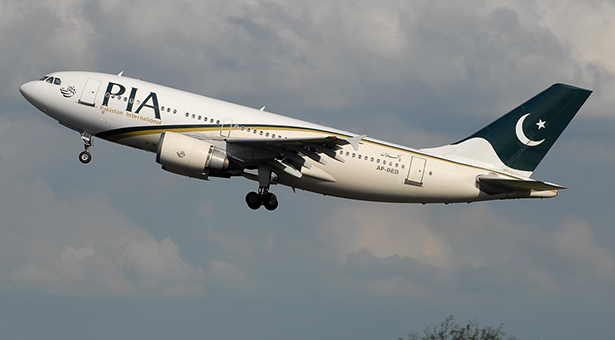 PESHAWAR:Gunmen fired on a passenger plane as it was landing at the Bacha Khan International Airport Tuesday night, killing a woman and injuring two others, including a crew member, officials said.

Pakistan International Airlines flight PK-756 with 178 passengers and crew members on board was travelling from Riyadh, Saudi Arabia, an official of the national flag carrier told The Express Tribune. 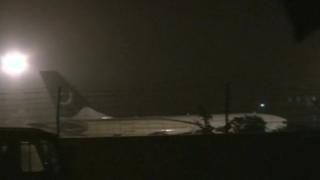 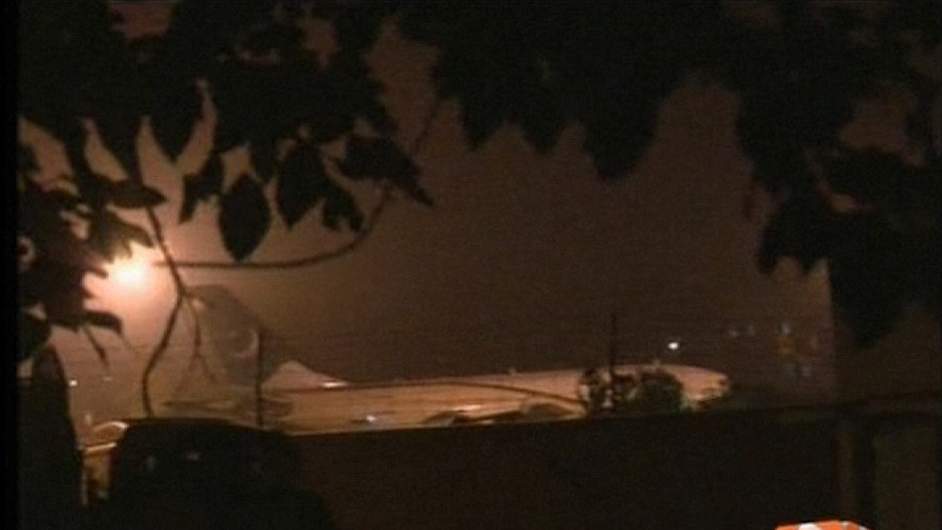 â€œA flight steward and two passengers were injured who were driven to the nearby Combined Military Hospital (CMH) where the woman, Mrs Maknon, succumbed to her injuries,â€ he said. The injured were identified as Ijaz (flight steward) and Majid (passenger).

SP Kamran also confirmed the casualties. He said that they have launched a manhunt in the area for the attackers.

The Civil Aviation Authority briefly suspended flight operation at the airport while Pakistan Army troops threw a security cordon around the area. 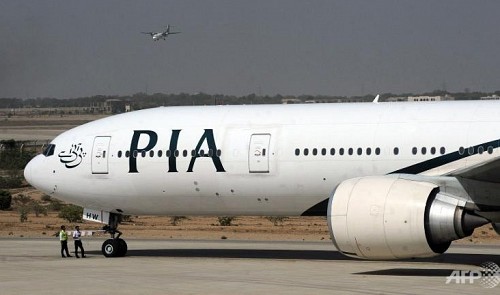 Over a dozen people â€“ mostly Airport Security Force personnel â€“ were killed in the ensuing hours-long gunfight. All 10 terrorists were also killed.

The Islamic Movement of Uzbekistan (IMU) had claimed responsibility for the attack which it said was a revenge for a deadly air raid in North Waziristan. 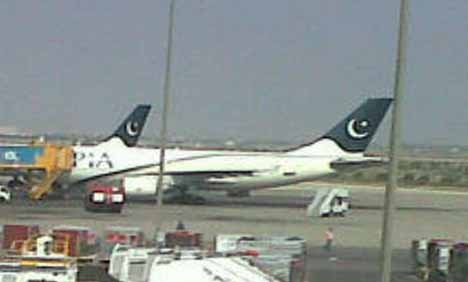 This was not the first attack at the Peshawar airport which is located in the cantonment area. On December 16, 2012, a group of militants â€“ armed with automatic weapons and suicide vest â€“ rammed an explosive-laden vehicle into the peripheral wall of the airport before making an unsuccessful attempt to storm the airport.