Lahoris Are So 'Jahil & Weird' That For Them Corona Is A Joke, Says Dr. Yasmin

Coronavirus has been a part of our everyday conversations since its spread in Wuhan, China became known to international media. Since then every decision we make, everything we do Coronavirus is a pandemic always present in everyone’s minds.

The Pakistani government has taken various steps to ensure the virus doesn’t spread further. Still many in our country act as if COVID-19 doesn’t exist and roam around without any precautions.

‘Lahoris are a difficult species’

“Even though the government took strict actions, still people are not taking the pandemic seriously,” she said.

“Lahoris it seems are an entirely different species. They are never ready to listen to anyone or anything.”

“When we enforced a complete lockdown people were up and arms about it making it look like we are oppressing the nation. If we stop forcefully stop people the govt is wrong if we let people decide even then its the govt’s fault.” 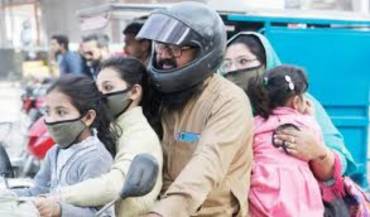 “We tried and gave the people time to understand the severity of the situation, but unfortunately, the last six weeks have shown how responsible our people truly are.”

Dr. Yasmin also said the government was not implementing smart lockdown in specific locations which are termed COVID-19 hotspots after having the most number of cases.

Corona will affect everyone. “It is unfortunate that some people from the opposition parties are initiating propagandas saying because PTI has advised wearing mask hence we won’t. Where is the logic in this?”, asked the minister.

The health minister sharing her distress said that no other nation would should such idiocy like what we as Pakistanis were showing in these uncertain times.

People are so acting so indifferently towards corona that it’s truly saddening. Moreover, false news regarding the pandemic isn’t also helping the matter.

“People are calling me and saying that people who go to the hospital are being injected with something which causes corona and that it’s not real.” 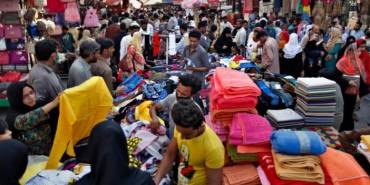 “Where is our country truly heading?”, said the health minister disapprovingly.

While the health minister’s reservations might be somewhat understandable Lahoris were quick in defending themselves and criticizing the minister’s controversial comments.

So are you listening Lahoris ? This is what she thinks about us.Remember her words while voting in the next elections.

It seems that so called health minister has just landed from mars, that’s why she doesn’t know the psyche of lahoris.

😂😭😂😭
Madam @Dr_YasminRashid put a curfew, make people stay home, ye area wise locking will also do no good. Lock the houses if you need to. Treat them as toddlers, don't use violence but ask them to stay home as you would if we were being bombed.

This govt can only blame other for its failures

The government of Punjab is now imposing a smart lockdown. According to the health minister, markets will be closed down in the targeted areas and the only shops providing essential items will be allowed to open.