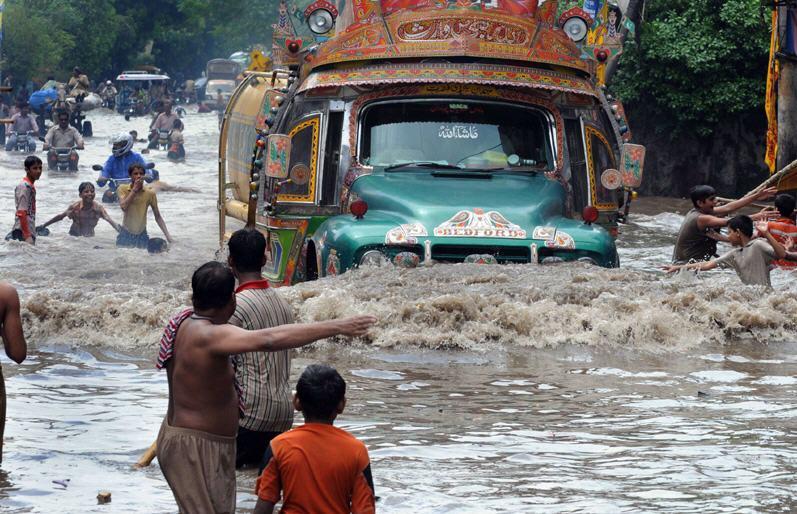 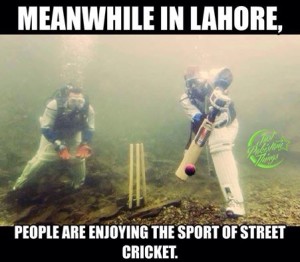 How many of you wished to spend this summer somewhere abroad, umm like Italy? So what the promises of transforming Lahore into Paris a little, you landed yourself in Venice at least. Now you know the next step, get that boat and row it to your office, school or market. However first few days will be tough on the mall or on MM. Alam â€“ conveniently ignoring the old Lahore â€“ but then you will learn to swim through it.

Oh dear, if you are still perplexed over this overnight you are still oblivious to, please glance out of your window or turn on the news (preferably a channel other than ARY/GEO) and spot army personal rescuing the ones stuck in this new Venice our Government has brought us. Yes, it has always been a blame game and I will go on and blame the Government not because they rigged my vote, also because they wasted yours. If the current Government is your idea, wishing for the odds to be in your favor seem quite late. 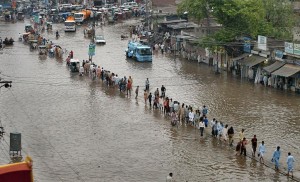 Keeping far from the political tug of war, I will try my best to be read as rational as I can. I was amused to see a facebook political analyst cursing the dancing women of PTI for causing the excessive rain and flooding the most â€˜developedâ€™ province of Pakistan. If you look deeper into this shallow accusation, you can definitely connect the dots but I somehow could not. I also could not see the dots connecting when the patience of Government worshipers gave the metro buses and laptops which turned this countryâ€™s fate around a part from the construction companies and students who sold them in black.

I did see the broken roads speaking volumes of the development work done in the cities as if they could be disposed off once rain tears them apart leaving many injured. I did see the reality check when people drowned and lost their lives or fell into open drains because that laptop was definitely worth more than a sewer lid. More than 100 people have been and dead and yet here we are cursing each other in the Parliament. The entire Punjab is flooded and life has come to a halth as some of you may blame in on Tsunami ironically, but open your eyes to see where the tax went. The next time you pay your tax, make sure it is channeled to build the basics rather than a fancy boat metro which gets you to places faster skipping the realities around you. Punjab Government has lasted longer than they needed to qualify for good governance and yet they are relying on men in boots to come cover up for them.

We did not vote for a Venice, we voted for a better drainage system to say the least.

Edmund Thomas Clint, an Indian Prodigy Unheard!
An Overview of the Muslim Intellectuals Now Relegated to the “Forgotten Past”
To Top