Lahore Qalandars’ fan are over the moon as they witnessed first-ever win of Pakistan Super League (PSL5)  on Tuesday. Ben Dunk and Samit Patel stars for Lahore Qalandars stun the defending champions Quetta Gladiators with one of the finest partnerships in PSL history.

With the huge total of 209 runs, Quetta Gladiator couldn’t reply strong and kept on losing wickets on regular interval.

Moreover, Man of the match Dunk smashed breezy and entertaining 93. While, Patel hit aggressive 71 as both the top scorers set the flow of runs before a charged crowd. Their hitting rain of sixes and fours to all parts of the ground, set new innings total record of the event. 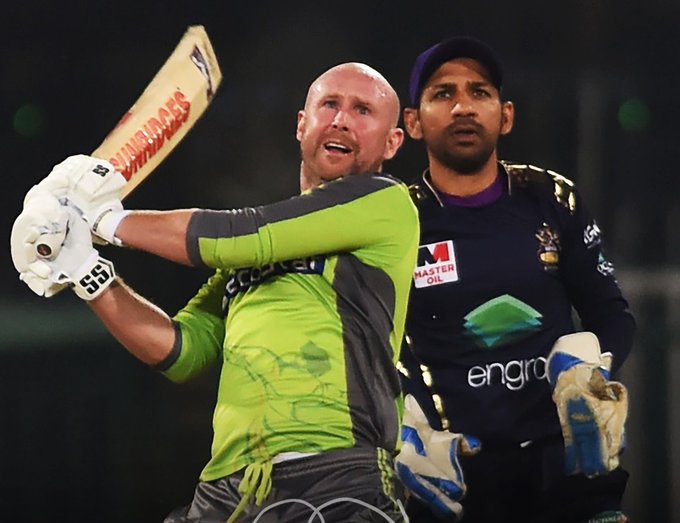 Furthermore, both hero’s of the day, brought cheers on the face of their team management and diehard fans by showcasing their amazing cricket talent.

Twitter is flooded with memes and praises as it became the first big win for Lahore’s team owner Fawad Rana.

I want everyone to shave their heads off in #LahoreQalandars 🙄
Lahore ko ganjay hi raaas hain ustad 💯🔥💪 pic.twitter.com/9e0tcZ4Z3m

Few days back, when Lahore Qalandars faced defeat by Islamabad United, a video of a little boy crying over the defeat went viral on social media. Lahore Qalandar got defeated by one wicket at which the little fan cried badly, and soon became viral.

But, Karachi Kings coach Dean Jones offer the child to support their team. While Peshawar Zalmi captain Darren Sammy offered to buy him a cone. KK head coach took to social media and also offered him free tickets if he supports Karachi Kings.

However, the kid was later invited by Lahore Qalandars’ team management to witness the match against Quetta Gladiator. Some fans think that the little boy brought the lucky charm for the team.

The same Child whose video got Viral…
Great Gesture by LQ❤️
What a lucky charm for Lahore Qalandars, For Ben Dunk, for Summit Patel and Chris lynn#LahoreQalandars#LQvQG pic.twitter.com/HjQFegRroW

In PSL 2020, Lahore Qalandars is again the most talked-about team for their art of losing an almost won match. People are confused about whether or not they should continue supporting Lahore Qalandars in PSL 2020. However, with their latest victory, hopes are again enlightened for its fans.

Pakistan Sends Letter To British Govt Regarding Sharif’s Deportation!
2020 Will Be The Year Of Jobs & Increasing Growth Rate, Says PM Khan!
To Top