Lahore Qalandars is emerging as an underdog of Pakistan Super League (PSL). Ben Dunk on Sunday went berserk for a second time in the PSL 2020, scoring a whirlwind 99 off 40 balls. It is similar to his awestruck innings against Quetta Gladiators earlier this week.

Dunk was well-supported by Sohail Akhtar, who made an unbeaten 68 off 46.  Fans have been heaping praises on Dunk’s performance. Social media is flooded with memes and videos on Dunk’s incredible performance.

The Australian cricketer has also posted a video message for his fans in pure Punjabi. “Hor koi saday laiq [anything else you want done]?” Dunk said in the video message released by PSL.

The Englishman’s innings saw him overtake Babar Azam as Karachi’s highest scorer in PSL 2020. It is pertinent to mention here that Alex Hales, in his five innings in the tournament so far, has contributed in double figures each time. With his lowest score being a pair of 29s.

The Qalandars chased down the 188-run target set by the Kings comfortably courtesy the onslaught of sixes by Ben Dunk, who sent the ball flying a massive 12 times, including the final shot of the match. Dunk fell short of a century, however managing to amass 99 runs off just 40 deliveries. 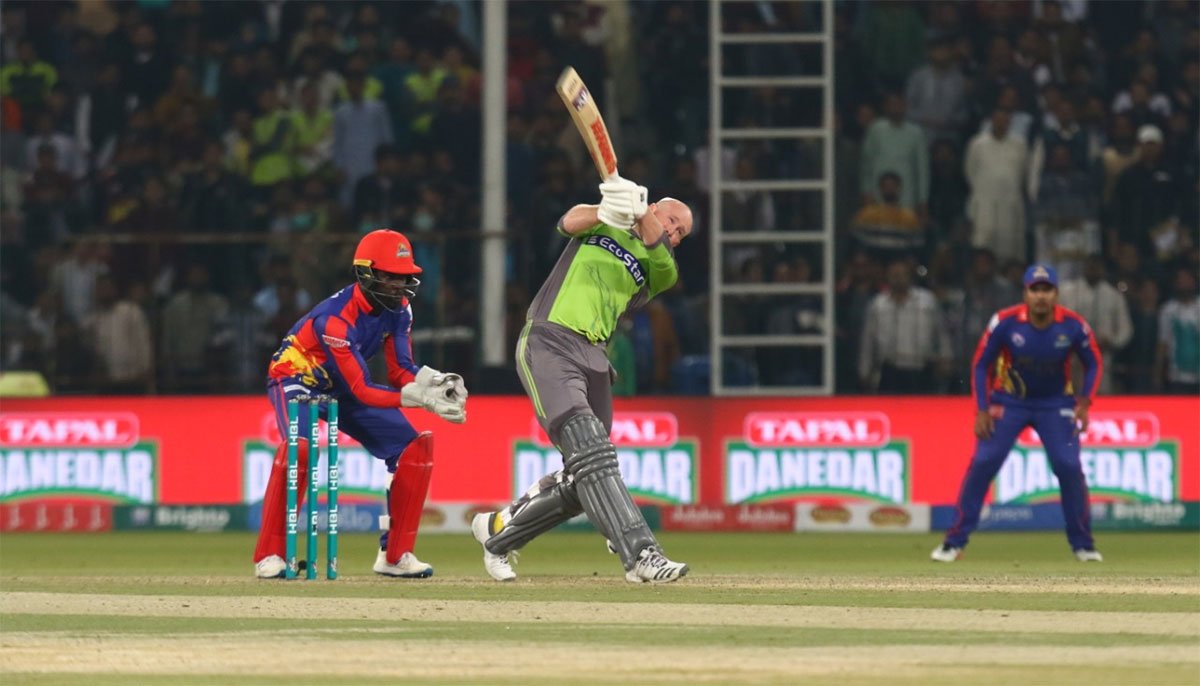 The Kings’ game was propelled by Alex Hales and Chadwick Walton who scored 80 and 45 respectively. The high-octane first innings saw Hales and Walton hit five 6s each.

The Kings went into this match after their game against Multan Sultans was washed out. While, Qalandars thumped Quetta Gladiators by eight wickets in their match.

The situation on the PSL 5 point table has changed after Lahore wins Karachi. Lahore has now decent chances of getting into semi-finals if they continue their winning spree.

Last week, there were reports about owner Fawad Rana might sell Lahore Qalandars franchise after repeated failures. The former Pakistani cricketer Tanvir Ahmed said that Rana, might be willing to sell the team.

However, Dunk’s recent performances might bring good luck for Lahore. This year, we can’t see Rana in the stands cheering for his team.

His absence has given birth to several fan theories. Some saying that has been so disheartened that he has discontinued going to the stadium. While, others claim that his absence has origins in a superstition that him being at the stadium is bad omen for the team. However, sources within the franchise have told Geo News that both the theories are incorrect and that Rana is actually in Canada for business purposes.

If by chance, Lahore reaches to the final stages of PSL 2020, then we might see enthusiastic Rana in the crowd again!