Missing SSP Mufakhar Adeel’s friend claims that SSP had murdered business partner over rivalry and dumped his body. SSP Mufakhar has been missing for six days. 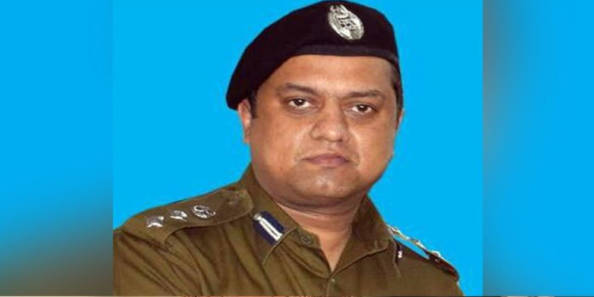 As recent development shows in the kidnapping case of Senior Superintendant Police Mufakhar Adeel, an arrested friend makes claims that he had murdered a business partner.

However, Adeel’s friend has recorded his stance; saying that SSP Mufakhar Adeel had murdered Assistant Attorney General (AAG) over a business rivalry.

Furthermore, he claimed that SSP had invited Shahbaz Tatla at a mutual location, and had him murdered in cold blood. His friend made allegations that SSP Mufakhar planned the entire thing, he also disposed of the body in acid so that no one would find out about his crime.

According to The News, the duo; SSP Mufakhar Adeel, and AAG Shahbaz Tatla were quite close to each other. They have been seen together on countless occasions accompanying each other like true friends. A certain change of events has left the Lahore police tangled in the case, unknowing of the outcomes of the feud.

Furthermore, Bhatti was arrested by the police after being identified by the CCTV footage. SSP Mufakhar Adeel’s car was recovered by the Lahore Police from Johar town. Lahore police also discovered that Bhatti was sitting on the passenger seat, right next to SSP Adeel before the abduction.

Scenario Of The Abduction

Moreover, he was serving in the Punjab Constabulary in Lahore. Both Mufakhar and Tatla belonged to the Narowal area of the province. The duo was working on a case when they were abducted.

According to the news, an FIR was registered regarding the abduction. Nonetheless, it stated that Tatla left his office, which was in the Gulberg area of the city on February 7 but never returned.

Nonetheless, prior to the kidnapping, the cell phones of both the individuals were switched off. Meanwhile, Shoaib Dastagir, who is Inspector General of Punjab Police, has ordered an inquiry into the incident.

He has directed the authorities to make expedited efforts for the recovery of the individuals as soon as possible. However, the police assure that they might be on a lead as to where the duo was.