The Lahore High Court (LHC) has suspended the amendments made within the Pakistan Cricket Board’s (PCB) constitution.

The Reason For The Suspension Of PCB’s New Constitution:

PCB announced their new constitution a couple of days back. The constitution says that there can be a reappointing of the managing director as the chief executive.

Not to mention, the amendment was supposed to cater to incite changes within Board of Governors (BoG). While, the previous constitution mentions that the current board of governors would continue on till four out of seven members of the BoG are informed.

The suspension of the newer version of the amendment means that the previous constitution will be enforced. This retains the status of the regional and departmental cricket and the members which include the board of governors. 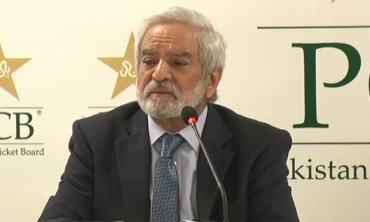 Munir Ahmed and Ahmed Nawaz, the petitioners, mentioned within the petition that the changes within the amendments were carried out without the permission of the PCB’s board of governors. Moreover, Nagman Haider Zaidi, counsel for the petitioners, addressed the suspension of the constitution because it restricts democracy as the elections seem dictatorial.

He also mentioned that a no-trust motion can be implemented against Ehsan Mani who is the Chairman of PCB. The court is addressing the concern in a serious manner confirming that PCB has to follow-up with an equally responsible answer.

It is a hefty time for Pakistani cricket at the moment, especially because a foreign country will be visiting after years for matches. Hence, there are other important concerns that PCB can divert its attention towards instead of catching up on a scandal regarding some changes in the constitution. This is why every action needs to oversee careful evaluation. This becomes heavily necessary if the action is in connection with an organization that is famous or significant.

Taking uncalculated decisions has always been an inner flaw within countless Pakistani organizations. In the end, those decisions come back to bite. Hence, operating a huge corporation itself that handles an important element like cricket (a necessary sport and source of success for Pakistan), is a heavy responsibility.

The decision by the court is compelling the board to respond accordingly and come up with a general solution for the problem. A PCB official released a statement regarding the court’s conclusion, “We haven’t received anything as yet from the court. All the officials are in a meeting. We will react once the meeting concludes,”

Regardless, it is still unclear as to how the future for this decision might play out. Whether there is a reverse in the changes and the introduction of the 2014 constitution, still remains in the dark.

What do you think of the situation? Is the decision to suspend PCB’s new constitution justified? Do you think that Pakistan Cricket Board (PCB) would be able to respond back properly to the sudden decision of the Lahore court? Share your thoughts by using the links below.