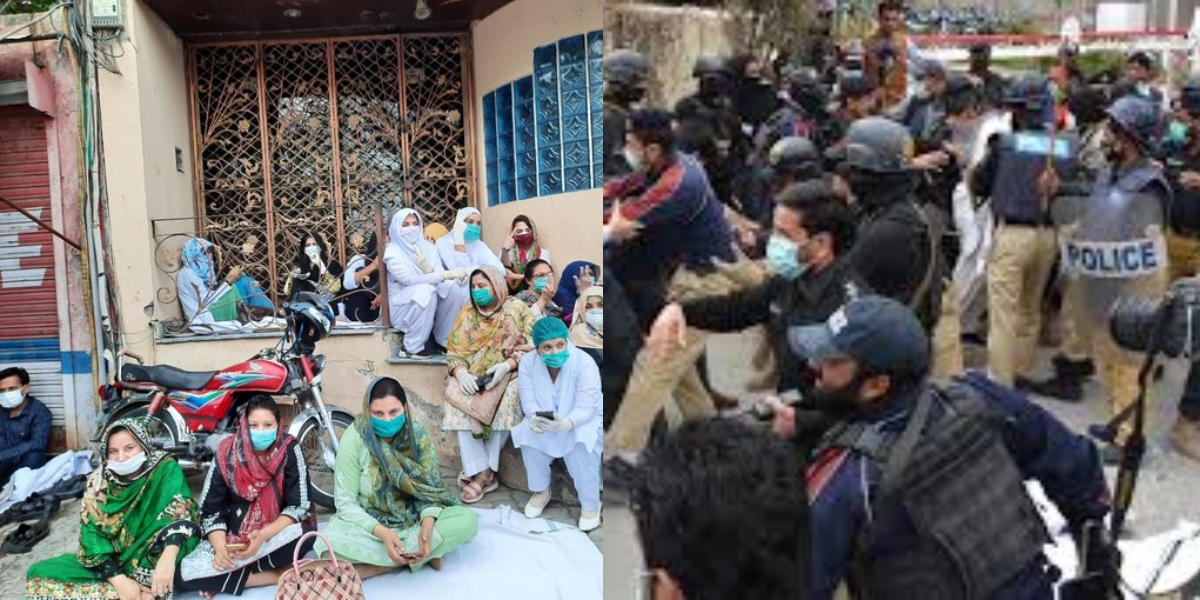 Young doctors in Lahore clashed with the local Police at Punjab Health Secretariat on Friday. The incident occurred after their overnight hunger strike camp outside the office of secretary Specialised Healthcare and Medical Education (SCH&ME).

The young healthcare practitioners that included nurses, doctors, and paramedical staff, under the banner of Grand Health Alliance (GHA), Punjab, held a hunger strike camp at Health Secretariat against the inefficiency and incompetence of the local health authorities.

Journalist Bilal Farooq revealed the situation of the doctors’ hunger strike on Twitter. He highlighted the fact that the Punjab government has been unable to provide protective gear to these healthcare professionals working at isolation wards for treating the province’s COVID-19 patients.

Doctors have gone on a hunger strike at Health Secretariat, Lahore demanding provision of protective gear. The govt has announced incentives for industries but can't provide the required number of PPE needed by doctors, paramedics on frontline of Covid-19 war #YDAONHUNGERSTRIKE pic.twitter.com/pfADica2tl

The situation got worse when the protesting healthcare workers demanded the reinstatement of suspended doctors and an increase in their salaries. 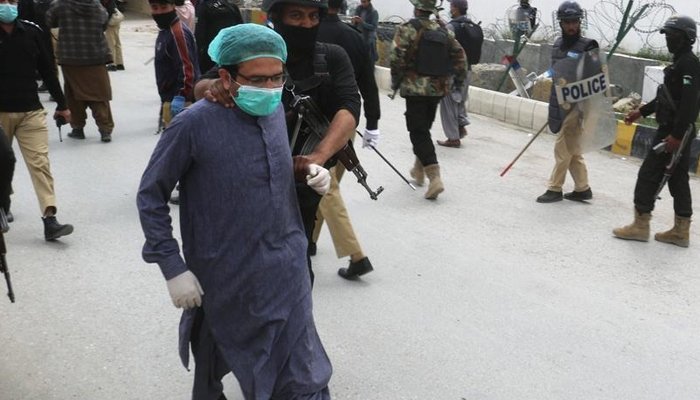 Officials of the Punjab Health Department claimed the young doctors had initially made a demand for protective kits. However, the doctors then started making other demands that included restoring their suspended colleagues along with providing other additional benefits for all doctors. Moreover, they required shifting of doctors that had tested positive for COVID-19 to luxurious rooms after converting they have been converted into quarantines.

The officials at the provincial health department said it was not time for healthcare practitioners to set a political agenda on the pandemic when health machinery and the government had been fighting against COVID-19. The senior health authorities called for maintaining peace and solidarity when the nurses, young doctors, and paramedical staff started to retaliate.

The police had beaten the doctors and locked them in the health secretariat. The healthcare practitioners also required their colleagues from local city hospitals to help them out. A significantly large number of nurses, doctors, and paramedics staged a massive demonstration outside the secretariat.

It was claimed by the YDA that the local police were unable to end their hunger strike camp as protesters were reorganizing themselves. They also promised that they would provide full services to all patients for general as well as COVID-19 wards across hospitals. However, they are now also promised to carry on their protest until and unless their demands were fulfilled.

Islam Taught Us How To Deal With Hardships Through 5 Steps
Can You Guess Who Has Made To The Forbes List From Lahore?
To Top