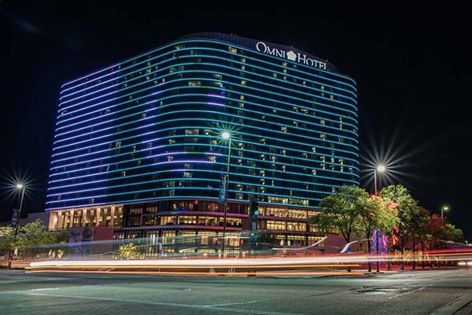 Lahore explosions: The unfortunate incident that took place in Lahore on the occasion of Easter shook the entire world. Many foreigners complained that international media did not give enough coverage to the incident and they got to know about it through Twitter and other social media platforms.

Pathetic coverage on #LahoreBlasts by all US media outlets. @WSJ sends out a breaking news notification, but not this time. #JeSuisPakistan?

A hotel in USA displayed solidarity with Pakistan.

The Mayor of Toronto, John Tory, lit up the sign in remembrance of the victims. He clarified the sign was not lit earlier due to technical difficulties, and that there would be a vigil at Queen’s Park for the victims.

The CEO of Facebook, Mark Zuckerberg, also left a message signifying solidarity with the blast victims.

Many celebrities also posted messages to share the grief:

INDIA.Time for solidarity. Our brothers and sisters of our neigbours are victims of unsolicited violence. We are with them! No cricket now.

Thoughts go out to all the families affected by the #LahoreBlast … Another utterly Cowardly attack killing kids .. Why?????????

Saddened and sick to the bone hearing about the #LahoreBlast ..my prayers and deepest sympathies for the families of the lost innocent lives

Canada condemns the deplorable bombing in Lahore, Pakistan. Our thoughts and prayers are with all those killed or injured. #LahoreBlast

There is no escape from a nightmare such as this without a firm resolve to stand united and to extend every hand possible, giving all the support we, as Pakistanis, can.

Also See: Profile For Peace; Peace Or Points For India?